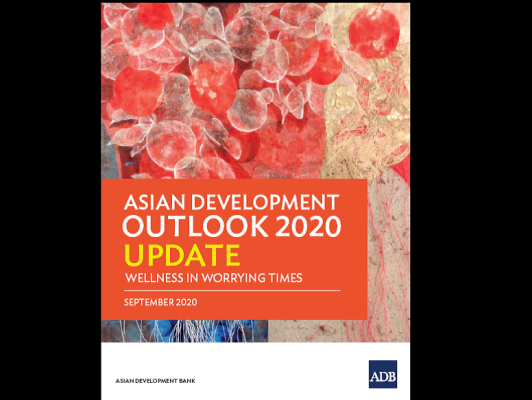 Economies across developing Asia will contract by 0.7% this year, the region’s first contraction in six decades, according to a new report from the Asian Development Bank (ADB).

The downturn is broad-based: three-fourths of the region’s economies are expected to contract this year, with China as an important exception, forecasts the Asian Development Outlook (ADO) 2020 Update.

Growth will rally to 6.8% in 2021, as the region starts to emerge from the COVID-19 devastation and because growth will be measured relative to a weak 2020.

This will still leave next year’s output below pre-COVID-19 projections, suggesting an “L”-shaped rather than a “V”-shaped recovery, the report said.

“Most economies in the Asia and Pacific region can expect a difficult growth path for the rest of 2020,” said ADB chief economist Yasuyuki Sawada. “The economic threat posed by the COVID-19 pandemic remains potent, as extended first waves or recurring outbreaks could prompt further containment measures.”

Trade plummeted in the second quarter then bottomed out, with Asia’s trade falling by less than global trade. Developing Asia’s exports also contracted, but not as badly as global exports. However, exports of health supplies, particularly from China, picked up. Stronger demand for devices, amid increased digitalization, boosted exports of electrical and electronic devices and optical equipment.

East Asia is forecast to expand by 1.3% and recover strongly to 7.0% in 2021. China, one of the few economies in the region bucking the downturn, is expected to grow by 1.8% this year and 7.7% in 2021, with successful public health measures providing a platform for growth.

Southeast Asia is expected to contract by 3.8% in 2020 and rebound to 5.5% growth in 2021, enabled crucially by economic stimulus. The second quarter featured double-digit contractions in Malaysia, the Philippines, Singapore and Thailand, all of which are expected to shrink by 5% or more this year. Resilient exports of petrochemicals from Brunei, agricultural products from Myanmar, and work-from-home electronics from Vietnam will keep these three source economies in growth territory this year.

Central Asia will decline by 2.1% this year and register a tepid 3.9% growth next year, while the Pacific will see a 6.1% contraction this year and only minimal growth in 2021.

The main risk to the region’s growth outlook stems from the prospect of a prolonged COVID-19 pandemic, which could derail the recovery.

Other downside risks arise from geopolitical tensions, including an escalation of the trade and technology conflict between the United States and China, as well as financial vulnerabilities that could be exacerbated by a prolonged pandemic.