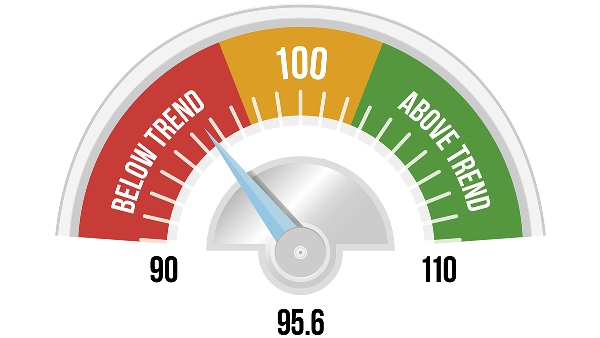 These slight gains in some sectors offset precipitous declines in others, particularly air travel, and suggest a degree of resilience in the face of the pandemic, said WTO in a new report.

The latest Services Trade Barometer, released September 17, had a reading of 95.6—the weakest on record for the index and significantly lower than its baseline value of 100.

The report noted that most of the barometer’s component indices remain below trend but some show signs of bottoming out.

Passenger air transport (49.2) has been hardest hit by the pandemic, with the biggest decline ever recorded for any of the barometer’s components, reflecting the precipitous drop in travel linked to COVID-19 and efforts to stop the disease’s spread. The contraction in this sector has been sufficiently large as to weigh on total global services trade, though it appeared to have stabilized recently.

Meanwhile, the ICT services index tumbled to 94.6 despite robust demand for these services during the pandemic.

The financial services index (100.3) was the sole component index that remained on trend as of mid-September.

The services trade activity index, which provides an approximate measure of the volume of world services trade, registered a year-on-year decline of 4.3% in the first quarter of 2020.

While substantial, this decline is smaller than those seen during the financial crisis over a decade ago, when services trade fell by 5.1% in the first quarter of 2009 compared to the previous year before registering an even bigger 8.9% slump in the second quarter, said WTO.

Services trade growth had been slowing in the second half of 2019, and the recent contraction in services trade reflects a weakening pace of global economic growth as well as the early stages of the COVID-19 pandemic.

“While the index is expected to remain below trend into the second half of the year, a recovery in passenger air transport would make a powerful contribution to a turnaround,” said WTO.

Disseminated twice a year, the barometer highlights turning points and changing patterns in world services trade. Readings of 100 indicate growth in line with medium-term trends. Readings greater than 100 suggest above-trend growth while those below 100 indicate the opposite.