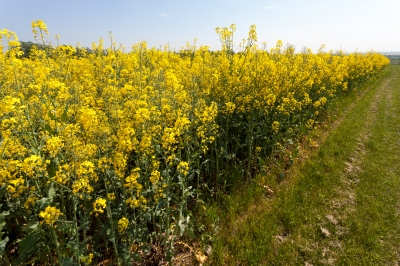 World Trade Organization (WTO) members held discussions about each other’s farm trade policies at a meeting of the Committee on Agriculture on March 27. The Committee considered 29 questions concerning subsidies and market access in agriculture, with 16 of these items being raised for the first time. They also reviewed notifications of members’ farm policies.

Members raised questions regarding the United States’ latest notification on the amount of its domestic subsidies for 2014, the first year since the new US farm bill was implemented. According to the US notification, the total trade-distorting farm subsidies — known as the aggregate measure of support – amounted to USD 3.8 billion, well below the US committed level of USD 19.1 billion.

The US answered various questions — from China, Japan, Australia, Guatemala, Brazil, Canada and the EU – on particular aspects of the notification, including support for specific farm products, and how certain subsidies are classified. On China’s request for data about the scale of the farms listed in its agriculture notifications, the US said it did not have such data.

The European Union provided detailed information on its latest notification of domestic farm subsidies for 2013/2014. The EU’s notification indicated that EUR 5.9 billion of trade-distorting domestic subsidies were spent over the marketing year 2013/2014, while the EU is entitled to EUR 72.3 billion of aggregate measure of support.

Under a separate agenda item, the EU answered questions on its farm support programmes for livestock. In October 2015, the European Commission announced a package of measures for the livestock sector, according to New Zealand which raised the question. The EU said that although it is not able to specify the amount of aid as EU member states can set up their own finance schemes, the spending on the support will be included in future domestic support notifications.

India responded to questions from Australia on its minimum support price for wheat. India said its support prices depended on various factors including the cost of cultivation and market price, and more information could be found on its government website.

According to Australia, the government of India has raised the support price for wheat every year since 2006. Australia expressed the view that wheat prices had been declining in recent years, and any wheat policies that could affect world prices deserved close attention. The United States, Ukraine, Canada and the European Union indicated their interest in the question.

Separately, India responded to questions concerning its price support for sugar cane in the state of Uttar Pradesh, buffer stocks of pulses, and its price support for rabi and kharif crops. Rabi crops include wheat, barley, mustard, sesame and peas; they are sown in the winter season and harvested in the spring. Kharif crops are grown during the monsoon season and include crops such as rice, millet, corn, cotton and sugarcane.

These questions were raised by the European Union, Canada and the United States. Major crop exporters such as Ukraine and Australia indicated their interest in the question. India explained that the objective of these programmes is to safeguard farmers’ livelihood, and it provided web links where information on the reference prices can be found.

Once again, Canada’s milk ingredients policy received much attention from members. Australia, the EU, New Zealand and the US questioned Canada on its special milk class permit programme, which had been circulated by the Canadian Dairy Commission in February 2017. These members argued that the measure would allow subsidised skimmed milk to be used as an ingredient for cheese, and thus render domestic milk proteins cheaper than imported milk proteins.

Canada provided details on the implementation of the policy, noting that the decision to create the dairy ingredient strategy was driven by the industry.

Also, Canada’s cheese import tariff rate quota allocation once again received much interest.  A tariff rate quota is a trade policy instrument where tariffs are lower for within-quota imports than tariffs on imports exceeding the quota. New Zealand, Norway and Switzerland said that Canada allocated additional import quota to the EU in the context of the EU-Canada Comprehensive Economic and Trade Agreement (CETA) negotiations, without consulting its trading partners. Canada said the reallocation was due to the enlargement of the EU, and it had held consultations with importers to decide the amount.

For the first time, the question of Brexit was discussed at the Committee. Indonesia asked the European Union to clarify how the United Kingdom intends to allocate its tariff rate quotas for agriculture products, and what would be the procedure to grant the generalized scheme of preferences to developing countries. The United States, Argentina, China and Russia signalled their interest in this matter.

In a brief response, the EU said that the EU common external trade policy applies to all its member states and the UK is still a member of the EU.  It would provide a more substantive reply in due course.

Switzerland responded to questions on its 2016 budget for export subsidies, as well as its export subsidies notification for 2015. In those notifications, Switzerland had reported an increase in export subsidies to “processed products” — specifically for Swiss chocolate producers using Swiss-produced ingredients, known as the “Chocolate Law”. Switzerland said the increased budget was due to the appreciation of the Swiss franc in January 2015, and the notified amount was substantially below Switzerland’s entitlements.

Even though “processed products” fall outside of the legally binding commitment to eliminate export subsidies, members encouraged Switzerland to abolish the export subsidies at the earliest possible date.

Members shared updates of how they have implemented the Nairobi export competition decision.

Australia informed members that it had submitted its revised schedule of commitments on 17 February 2017, scrapping its entitlement for agriculture export subsidies. Norway said it is also following domestic procedures to revise its schedule.

Under the same agenda item, New Zealand answered a question by Chile on the progress of proposed amendments to the Kiwifruit Export Regulations, to enhance Kiwifruit New Zealand’s status as an independent regulator. New Zealand informed members that amendments are expected to be implemented by 1 July 2017. – WCO

Image courtesy of Phil_Bird at FreeDigitalPhotos.net