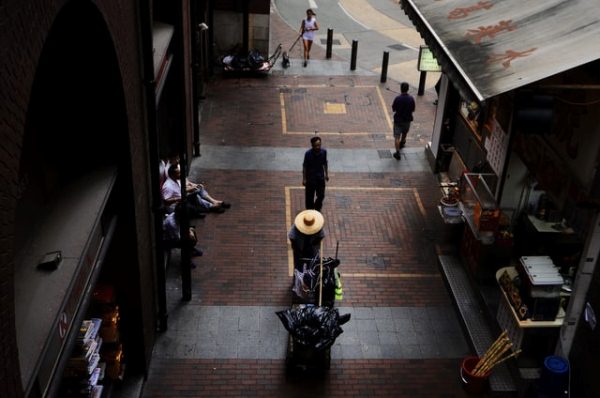 The International Monetary Fund (IMF) is projecting a stronger recovery for the global economy, now projected at 6% in 2021 before moderating to 4.4% in 2022, after an estimated historic contraction of -3.3% in 2020.

The stronger projections are based on additional fiscal support in a few large economies, the anticipated vaccine-powered recovery in the second half of 2021, and continued adaptation of economic activity to subdued mobility, the IMF said in its latest World Economic Outlook released this month.

“Nonetheless, the future presents daunting challenges. The pandemic is yet to be defeated and virus cases are accelerating in many countries. Recoveries are also diverging dangerously across and within countries, as economies with slower vaccine rollout, more limited policy support, and more reliance on tourism do less well,” said Gita Gopinath, IMF director of research.

The upgrades in global growth for 2021 and 2022 compared to the January forecast are mainly due to upgrades for advanced economies, particularly for the United States, which is expected to grow at 6.4% this year. Other advanced economies, including the euro area, will also rebound this year but at a slower pace.

Among emerging markets and developing economies, China is projected to grow this year by 8.4%. While China’s economy had already returned to pre-pandemic GDP in 2020, many other countries are not expected to do so until 2023.

For emerging and developing Asia, projections for 2021 have been slightly revised upward to 8.6%, reflecting a stronger recovery than initially expected after lockdowns were eased in some large countries like India. However, still high COVID-19 caseloads in some large countries have put a lid on growth prospects. For 2022, growth is projected at 6.0%.

Gopinath added that these divergent recovery paths are likely to create wider gaps in living standards across countries compared to pre-pandemic expectations. The average annual loss in per capita GDP over 2020-24, relative to pre-pandemic forecasts, is projected to be 5.7% in low-income countries and 4.7% in emerging markets, while in advanced economies the losses are expected to be smaller at 2.3%.

“Such losses are reversing gains in poverty reduction, with an additional 95 million people expected to have entered the ranks of the extreme poor in 2020 compared with pre-pandemic projections,” she said.

Uneven recoveries are also occurring within countries as young and lower-skilled workers remain more heavily affected. Women have also suffered more, especially in emerging market and developing economies. Because the crisis has accelerated the transformative forces of digitalization and automation, many of the jobs lost are unlikely to return, requiring worker reallocation across sectors—which often comes with severe earnings penalties.

Swift policy action worldwide, including US$16 trillion in fiscal support, prevented far worse outcomes. IMF estimates suggest last year’s severe collapse could have been three times worse had it not been for such support.

“A high degree of uncertainty surrounds our projections. Faster progress with vaccinations can uplift the forecast, while a more prolonged pandemic with virus variants that evade vaccines can lead to a sharp downgrade,” IMF said.

Photo by OLHA ZAIKA on Unsplash