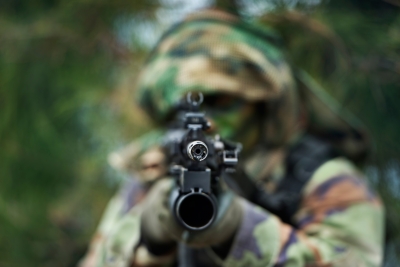 The World Customs Organization (WCO) and the United Nations Office for Disarmament Affairs (UNODA) have signed an understanding to formalize existing cooperation to enhance the implementation of cross-border arms regulation, with a view to combating small arms and light weapons (SALW) trafficking.

WCO said the illicit trade in SALW poses a grave danger to international peace, security, and stability, threatening the lives of millions around the world every year.

Small arms refer to weapons designed for individual use and include handguns (self-loading pistols and revolvers) and shoulder arms (rifles and carbines, sub-machine guns and light machine guns, and grenade launchers).

On the other hand, light weapons are designed for use by two or more people (although some may be carried and used by a single person) and include heavy machine guns, portable anti-aircraft/anti-tank guns and portable launchers of anti-tank missile and rocket systems.

The international community has undertaken several initiatives to address illicit SALW trade by developing a multilateral framework to regulate the manufacturing, possession, transfer, and tracing of SALW.

Notable initiatives include the United Nations Programme of Action to Prevent, Combat and Eradicate the Illicit Trade in Small Arms and Light Weapons; the Firearms Protocol under the UN Convention against Transnational Organized Crime; the Arms Trade Treaty; several UN Security Council resolutions addressing global trade in SALW; as well as the UN Global Counter-Terrorism Strategy.

With the signing of the pact, WCO and UNODA will together support countries implementing the international SALW requirements. The agreement will also further promote the sharing of expertise under the WCO Security Programme and its related operational projects, particularly the SALW program.

Following the WCO Punta Cana Resolution addressing the role and contribution of Customs in border security and counter-terrorism, the WCO developed in 2016 the WCO Counter-Terrorism Strategy. This strategy aims to enhance customs capacity to manage border security-related threats, including SALW.

The other areas of cooperation between WCO and UNODA include sharing of expertise in capacity building on arms management and ammunition safety; coordinating joint training activities for Customs officers on non-proliferation and arms regulation and promoting international standards and good practices such as the International Small Arms Control Standards and the International Ammunition Technical Guidelines.

Image courtesy of worradmu at FreeDigitalPhotos.net