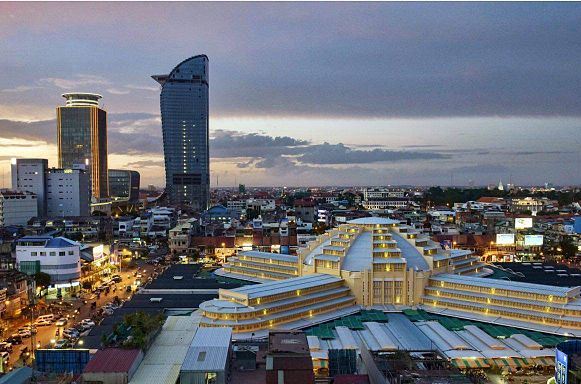 The World Customs Organization (WCO) will be providing its support to the General Department of Customs and Excise (GDCE) of Cambodia as the country crafts its new five-year customs reform and modernization program, set to be implemented in 2019.

In a release, WCO said that, at the request of the GDCE, it conducted a support mission recently to carry out a gap analysis on the implementation status of the World Trade Organization’s (WTO) Trade Facilitation Agreement (TFA) in the country and to facilitate the development of the Cambodian customs agency’s new five-year strategic and work program for reform and modernization (SWRM).

The mission was held from August 6 to 15, 2018 under the framework of the WCO Mercator Program and with financial support of the Customs Cooperation Fund, Japan.

On the WTO-TFA gap analysis activity, delivered under the auspices of the WCO Mercator Program, the WCO team held a series of informative meetings and consultations with senior and mid-level customs officials from both the central and field offices of Cambodia, representing a wide range of customs departments and areas of responsibility.

The WCO team also met with senior representatives from the Cambodia Freight and Forwarder Association to understand the current position from a private sector perspective.

“It is envisaged that the subsequent diagnostic report, containing a series of recommendations, will provide the framework by which the GDCE and the WCO can engage further in support of TFA implementation as part of a broader customs modernization and reform agenda,” WCO said.

The WCO Mercator Program is specifically designed to support developing countries in implementing the TFA using the WCO’s range of instruments and tools.

The WCO team also collaborated with the GDCE working group responsible for drafting the SWRM (2019–2023) which is due to be implemented in January 2019. The team provided advice and support and encouraged GDCE to ensure the new plan is fully aligned with the identified WTO-TFA requirements.

The WCO is standing by to work collaboratively with the GDCE in supporting further capacity building and technical assistance needs, coordinating activity with other development partners, and facilitating further cooperation with other national customs administrations, said WCO.