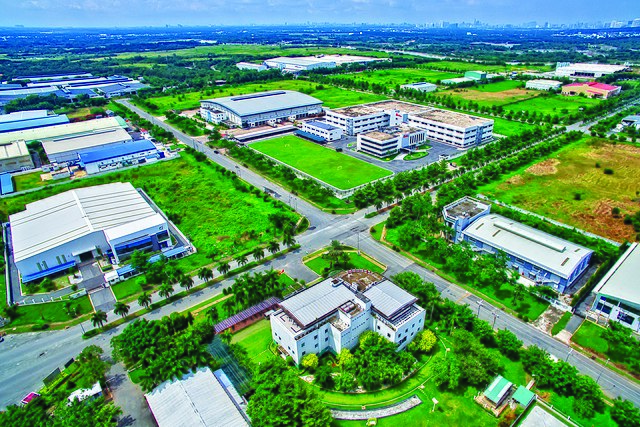 Vietnam has in the last few years been trying to become an alternative site for manufacturing activity being done in China, and the COVID-19 situation has helped to propel its efforts, according to a recent article on SeekingAlpha.

The article published on the crowd-sourced content service for financial markets said many companies are reconsidering their manufacturing supply chain reliance on China and actively looking at other countries, notably Vietnam.

It said Vietnam has a lot more to offer than many of its neighboring countries and predicts the Southeast Asian country will be a big gainer in the years to come.

Although not very big, the country is the fourth largest economy in the region and posting faster growth compared to its neighbors, it added.

Against its Southeast Asian peers, Vietnam also has a slightly more diversified economy that does manufacturing of textiles, footwear, some electronic components, and automotive.

The International Monetary Fund (IMF) reports there will be a significant reduction in economic activity for 2020 and 2021, but also highlights the macro stability of Vietnam in terms of growth, current account deficit, and employment numbers.

Moreover, the Vietnamese economy is diversified enough to manage the COVID-19-induced economic slowdown and still stay positive in forecasts published by IMF, it added.

This economy will continue to be resilient as indicated by a World Bank assessment, which states that the macroeconomic and fiscal framework remains resilient with an estimated GDP growth rate of 1.8% in the first half of 2020, projected to reach 2.8% for the year.

Vietnam is one of the few countries in the world not expecting a recession, though its growth rate for this year is far less than the typical 6% to7% pre-crisis projections.

The article went on to note that the automotive industry is just taking off in Vietnam, and local auto manufacturers are now starting to become bigger players.

“The advantage of fledgling auto industry is the development of many sub-suppliers which leads to related job/economic impacts. This sector, although from a small base, is growing at more than 100 percent and demand is robust.”

The Vietnamese government is also trying to encourage this growth by reducing taxes for companies that engage in manufacturing automobiles and its parts in Vietnam rather than import the parts.

Furthermore, wages in Vietnam are still lower than most regional areas around it, hovering around US$5.5 per hour.

The investment is going into trying to connect more villages through roads, a massive railway infrastructure including a north-south railway line connecting the two ends of the country.

Vietnam is also planning to build 39 ports as part of a seaport expansion plan. The total spend is going to be around $80 billion to $100 billion over the next 10 years or more.

In addition, the article said, Vietnam is going into demographic dividend era where more than 70% of its population will be below 35 years of age.

With a population of about 100 million as of 2019, there are only about 13% who come under the middle-class income category. This is slated to double by 2025-26 to 26% and projected to give a big boost to the country’s consumption story and push growth rates higher from the current 6% average.

“Many companies will want to take advantage of this consumption boom and take a leap to invest further in this economy,” said the article.

Lastly, the ease of doing business ranking has improved significantly over the last 10 years going to 70 this year from 98 in 2011.

With the government more focused on infrastructure, the country has 99% of villages lit up with electricity. Coupled with a high Human Capital Index, it is well placed to challenge this score further and make a move towards the top 50 in the next few years.

With all these positives, the article predicts Vietnam will be the next manufacturing factory of the world.