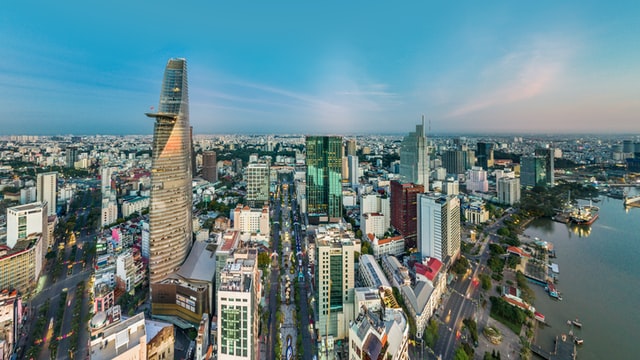 Vietnam has made it to the list of top ten emerging logistics markets, moving three places up the rankings to eighth place overall, according to a new report.

The Southeast Asian country’s consistent economic growth over the past few decades and its recent success in controlling the spread of the coronavirus have positioned it as a promising emerging market, said the Agility Emerging Markets Logistics Index 2021.

Vietnam again topped the ranking as the emerging market best placed to benefit from any shift away from China. However, throughout the survey, respondents stressed that China remains a vital supply chain location.

“While the vulnerabilities of overexposure to China have become more apparent during the Covid-19 pandemic, so too has the time, cost and complexity required to relocate,” noted the report.

The Vietnamese economy expanded by 2.9% in 2020, spurred by steady growth in manufacturing and processing, and is expected to grow 7% a year over the next five years. The country has benefited from free trade agreements with the European Union and the UK, as well as Asia’s Comprehensive and Progressive Agreement for Trans-Pacific Partnership.

Moreover, Vietnam is among the countries most successful in containing the virus as its lockdowns lasted less than three months and it had less than 1,500 cases over 2020.

It has emerged as a very popular manufacturing location. Both before and during the pandemic, it has seen an influx of manufacturing and investment, including some from producers looking to relocate from China and from neighboring countries that could not reopen production lines amid the pandemic.

The Southeast Asian country could see its rise in the index continuing in 2022 due to its deft positioning of itself as a viable, cost-effective and proximate alternative to China and its enviable investment pipeline across a number of sectors, including fashion and electronics.

The Agility Emerging Markets Logistics Index is compiled by Ti and has been published in partnership with logistics and transport company Agility for more than a decade.

Photo by Peter Nguyen on Unsplash