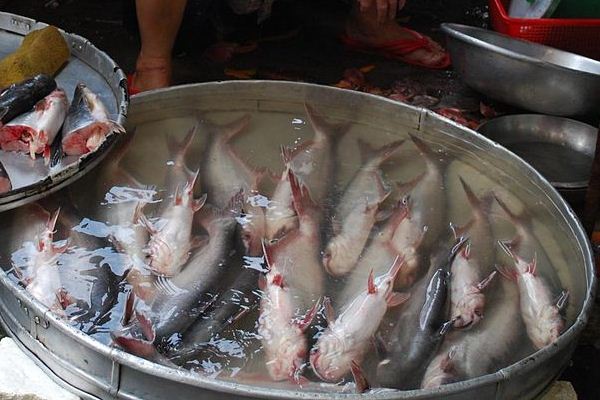 The Vietnamese government has requested World Trade Organization (WTO) consultations with the United States regarding U.S. measures relating to the inspection, marketing and labeling of Pangasius fish from Vietnam.

In its request dated February 22 and circulated to WTO members February 27, Vietnam claims the challenged U.S. measures are inconsistent with a number of provisions under the WTO’s Agreement on Sanitary and Phytosanitary Measures (SPS Agreement) as well as the General Agreement on Tariffs and Trade 1994 (GATT 1994).

“Shipments of Pangasius from Viet Nam to the United States have long been unfairly targeted for trade restrictions by United States producers of like products,” charged the request letter.

“These exports by Vietnamese producers are now subject to laws, rules, administrative practices, and related actions of the United States that, without a sufficient scientific basis, are restricting the trade in this product, which is of substantial significance to the Vietnamese economy, and which also provides a substantial benefit to United States consumers as a healthy and affordable source of food and of protein.”

Pangasius fish of the family Pangasiidae is found mainly in Vietnam and elsewhere in Southeast Asia. It is sold as “basa” or as “tra” or “swai” and is the product at issue in this consultations request.

The Vietnamese government said it seeks the consultations concerning “certain measures enacted, adopted, implemented, and otherwise taken by the United States affecting the importation into the United States of the Pangasius seafood product from Viet Nam, purportedly because of sanitary and phytosanitary concerns.”

These measures appear to be inconsistent with the obligations of the United States under the GATT 1994 and the SPS Agreement, said the letter.

Under the SPS Agreement, it further said, the United States appears to have acted inconsistently with its obligations to apply these measures “only to the extent necessary” for health protection and to ensure that its measures are “based on scientific principles” and are “not maintained without sufficient scientific evidence.”

The United States likewise appears to have acted inconsistently with its obligation to ensure that these measures do not result in “arbitrary” or “unjustifiable” discrimination.

The United States also appears to be applying these measures in a way that constitutes a “disguised restriction on international trade.”

The U.S. was also alleged to have acted inconsistently with its obligation by not accepting the SPS measures of Vietnam as equivalent even though Vietnam has “objectively demonstrated” that its measures achieve the appropriate level of SPS protection established by the United States.

The United States appears to have acted inconsistently with its obligation under the SPS Agreement to base these measures on a risk assessment.

It also appears to have acted inconsistently with the SPS Agreement to “take into account” as a relevant economic factor “the relative cost-effectiveness of alternative approaches to limiting risks.”

Moreover, the United States measures “are more trade-restrictive than required to achieve its appropriate level of protection, taking into account technical and economic feasibility,” inconsistent with its SPS accord obligations.

Also, the North American country appears to have acted inconsistently with its obligations because it has not completed its control, inspection, and approval procedures without “undue delay,” the complaint said.

On the other hand, under the GATT 1994, Vietnam claims the U.S. has acted inconsistently with its obligation because the measures “grant an advantage to the products of other WTO Members immediately and unconditionally that is not granted to like products of Viet Nam.”

The United States measures have also imposed a “restriction” on imports, in violation of its GATT 1994 commitment.

The request for consultations formally initiates a dispute in the WTO. Consultations give the parties an opportunity to discuss the matter and to find a satisfactory solution without proceeding further with litigation. After 60 days, if consultations have failed to resolve the dispute, the complainant may request adjudication by a panel.