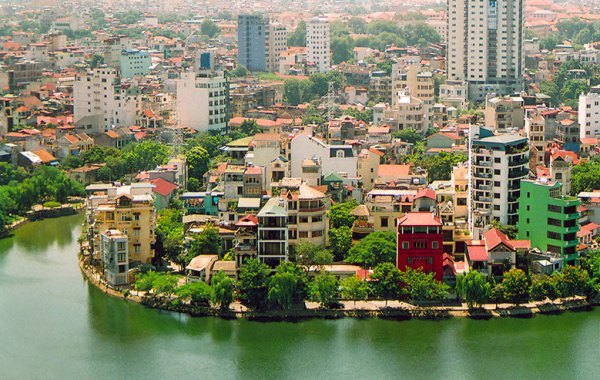 The European Union (EU) and Vietnam have inked a trade deal that underscores the two sides’ commitment to free trade and economic cooperation in the face of rising protectionism and trade conflicts.

Amid growing protectionism, security challenges, and difficulties facing global trade, the signing of the two agreements opens a new horizon for a larger and more comprehensive cooperation and stronger trade between Vietnam and the EU, Vietnamese Prime Minister Nguyen Xuan Phuc said after the signing.

The EVFTA was inked by Vietnam’s Minister of Industry and Trade Tran Tuan Anh and European Commissioner for Trade Cecilia Malmstrom, and the EVIPA, between Vietnam Minister of Planning and Investment Nguyen Chi Dung and an EU leading official.

In a joint statement, Malmstrom and Anh said: “As the most ambitious free trade deal between the EU and an emerging economy to date, the agreements are based on the joint commitment of the two sides to open, fair, and rules-based trade liberalisation and economic integration.

“The agreements also further reinforce the EU’s engagement with the Southeast Asian region, which contributes to the strengthening of cooperation between ASEAN and the EU, aiming towards closer trade and investment relations between the two regions.”

The EVFTA is to eliminate 99% of tariff lines for Vietnam’s exports to the EU, and the remaining 1% will be removed via tariff quotas.

“This will eliminate the cost and red tape that businesses, especially small and medium enterprises, face,” Malmstrom told a press conference in Hanoi after the signing ceremony.

The EVFTA and EVIPA cover a wide range of issues, including trade in goods and services, public procurement, investment court system, sustainable development, labor, and environmental and consumer protection.

The figure will be increased to 91.8% seven years later. For the remaining EU exports, Vietnam will apply a tariff elimination roadmap for longer than 10 years or apply the World Trade Organization’s duty quota.

The EVFTA, which was initiated in 2012 with negotiations concluding in 2015, is expected to be approved by the European Parliament and Vietnam’s top legislature in 2020 before taking effect.

The EVIPA needs to be approved by all EU state members before coming into force, and this approval process is estimated to last for around two years.

“The EU will support Viet Nam through technical assistance in order to define and follow up on an implementation plan to facilitate the necessary reforms and adjustments, including in areas such as sanitary and phytosanitary measures and non-tariff barriers,” the joint statement said.