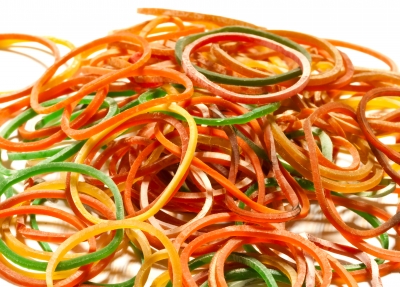 The U.S. Department of Commerce has announced it will initiate new anti-dumping probes of rubber bands imported from China, Sri Lanka, and Thailand.

U.S. Secretary of Commerce Wilbur Ross said on February 22 that new anti-dumping duty (AD) and countervailing duty (CVD) investigations will be initiated to determine whether rubber bands from these countries are being dumped in the United States, or if producers in these nations are receiving unfair subsidies.

“The Department will act swiftly while ensuring a full and fair assessment of the facts,” said Ross in a written statement. “The Trump administration is committed to the enforcement of America’s trade laws that ensure U.S. businesses and workers have a fair chance to compete.”

These AD and CVD investigations were initiated based on petitions filed by Alliance Rubber Company on January 30, 2018.

In the AD investigations, Commerce will determine whether imports of rubber bands from the three Asian countries are being dumped in the U.S. market at less than fair value.

In the CVD investigations, Commerce will determine whether Chinese, Sri Lankan, and Thai producers of rubber bands are receiving government subsidies.

“If Commerce makes affirmative findings in these investigations, and if the U.S. International Trade Commission (ITC) determines that dumped and/or unfairly subsidized U.S. imports of rubber bands from China, Sri Lanka, and Thailand are causing injury to the U.S. industry, Commerce will impose duties on those imports in the amount of dumping and/or unfair subsidization found to exist,” said the statement.

In 2017, imports of rubber bands from China, Sri Lanka, and Thailand were valued at an estimated US$4.9 million, $2 million, and $12.1 million, respectively.

Image courtesy of PANPOTE at FreeDigitalPhotos.net