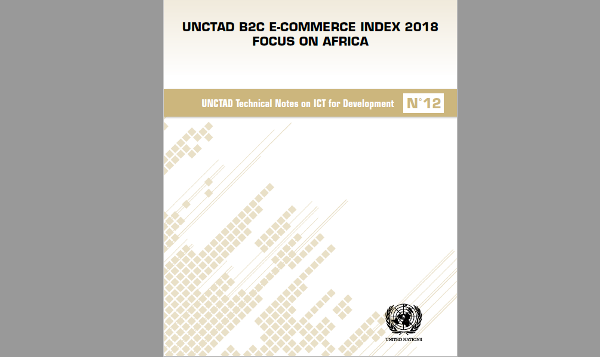 Except for Singapore and New Zealand, eight of the top 10 countries on the United Nations Conference on Trade and Development’s (UNCTAD) Business-to-Consumer (B2C) E-commerce Index for 2018 are in Europe, with the Netherlands crowned the most prepared country in the world for online commerce.

The UNCTAD B2C E-commerce Index measures an economy’s preparedness to support online shopping, and for the 2018 edition, has expanded its coverage to include 151 economies, up seven from the 2017 edition. The index consists of four indicators that are highly related to online shopping: account ownership; individuals using the Internet; Postal Reliability Index; and secure Internet servers.

In the new index, released December 10, the Netherlands, which ranked third in 2017, ousted Luxembourg, which dropped out of the top ten as a result of a sharp fall in its postal reliability score.

Singapore and Switzerland are in second and third place. Singapore has surged 16 positions since 2017, with increased values across all indicators.

Rounding off the top 10 are the United Kingdom in fourth position, followed by Norway, Sweden, Iceland, Ireland, New Zealand, and Denmark.

Meanwhile, among the top ten developing countries in the B2C E-commerce Index 2018, all but one are from East Asia or the Middle East, and all are upper-middle-income or high-income economies.

Compared to the 2017 index, Singapore has swapped ranks with the Republic of Korea as the top-ranked country in the list. Mauritius and Trinidad and Tobago have dropped out while Chile (the only non-Asian country on the list) and Turkey have entered.

A competitive B2C e-commerce ecosystem, as reflected by the index, appears to be enticing foreign investment, said the report. Several of the top ten developing countries in the index saw inflows of foreign direct investment (FDI) into their e-commerce sectors in 2017, amounting to at least US$1.7 billion.

Venture capital is also attracted to favorable e-commerce environments. In Thailand e-commerce companies were the largest recipients of the $106 million of such investment in the country in 2017. Singapore ride-sharing company Grab received $2 billion in venture capital in July 2017.