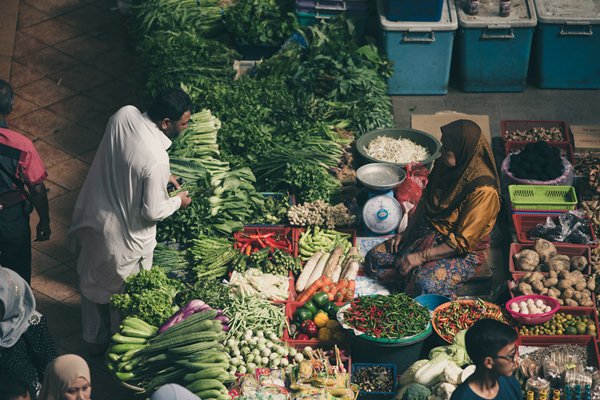 For the first time in the post-2009 crisis period, the Asia-Pacific registered a dip in both trade volume and value in 2019, but the region is expected to bounce back in 2020 with positive growth, says a new report from the United Nations Economic and Social Commission for Asia and the Pacific (ESCAP).

Despite the slowdown in merchandise trade in the region from the second half of 2018 onward, the region still maintained its global share at 37% and 35% of total exports and imports, respectively. However, exports increased by only 9% in 2018, down from 11% in the previous year. Imports dropped from 16% to 12% growth in 2018.

Some of the most prominent downside risks and uncertainties are the worldwide economic growth slowdown and the adverse impacts of the United States-China trade war. These have had an adverse effect on global trade, particularly on economies closely integrated with China through Global Value Chains (GVCs).

“Integration of smaller traders into the global and regional economy through GVCs is becoming more difficult. New import barriers increase the cost of production and reduce the competitiveness of companies participating in regional production networks,” said the report.

In 2018, ESCAP estimated that the tariff war-related toll on gross domestic product (GDP) could reach as much as US$400 billion worldwide and $117 billion in Asia-Pacific region.

“Given the current developments, these estimates are not only materializing, but could even increase further as the trade war escalates,” it said.

China is still expected to outperform other developing countries. If that country’s export expansion is not taken into account, exports by developing Asia and the Pacific countries are expected to shrink by 3.5%.

However, not all countries in the region experienced trade deterioration. Australia, Vietnam, and the Philippines were among the economies that recorded the largest export increases during the January-July period in 2019.

“This trend corroborates ESCAP’s prediction that some countries might attract investment and gain access to new export opportunities as a result of the United States-China trade war. For example, Viet Nam’s surge in exports to the United States in the labour intensive electronics sector as well as Bangladesh’s export growth in textiles are indicative of this trend,” said ESCAP.

Looking ahead, ESCAP said Asia-Pacific economies may see positive trade growth in 2020 after China and the United States reached an interim agreement to roll back some of the tariffs and cancel new ones, but they are still facing downside risks from the adverse impacts of the US-China trade tensions.

The implementation of the Phase-I deal reached between China and the United States might boost investor and consumer confidence enough for trade in the region to grow by about 1.5% in 2020. This growth would be felt more in developing economies, which could see a 1.9% and 2.7% growth in exports and imports, respectively, in 2020.

However, country-level forecasts vary widely between a decrease by 2% and an increase by 6.4% for exports, and uncertainties are high, said the report.

Moreover, it said it remains highly uncertain whether the trade tensions between China and the United States can be resolved in the near future.

“Furthermore, the recent decision by India to postpone its participation in signing the Regional Comprehensive Economic Partnership (RCEP) Agreement suggests that not all countries assess the value of accelerating regional integration equally,” said ESCAP.

While other Asia-Pacific economies face risks for their indirect exports to China, new opportunities from the trade war may also arise.

“Nevertheless, the extent to which these opportunities can be seized largely depends on the enabling conditions of these countries in attracting redirected GVC-related FDIs from China,” it continued.

Prolonged trade tensions tend to divert trade and investment from China to some East Asian and ASEAN countries, where business can operate outside tariff reach, at least for now. However, as the United States becomes increasingly protectionist, other developed economies may encourage their own multinational enterprises to sidestep tariffs by reshoring parts of their manufacturing process.

Said ESCAP: “This process would likely lead to further increased investment in automation and other technological advances at home as high-labour-cost economies strive to reduce costs of operations.”

Despite the potential realignment of trade routes, China will most likely remain the most important GVC hub in Asia.

“China has overseen rapid improvements in service capabilities, workforce skills, digital infrastructure and efficiency in trade facilitation. Investments as well as operations in China remain necessary to accessing the largest and fastest growing market in the most cost-effective and timely manner,” explained the report.

Photo by Alex Hudson on Unsplash