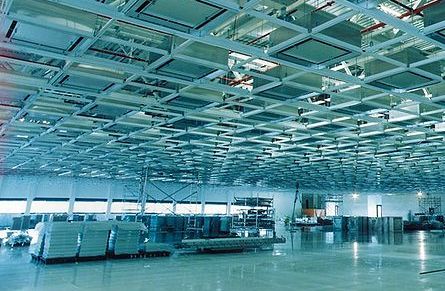 Singapore’s manufacturing production increased 6.7% in September 2016 as almost all but the chemicals and transport engineering clusters rose year-over-year, according to the Singapore Economic Development Board (EDB). Excluding biomedical manufacturing, output grew 3.5%.

Production output on a three-month moving average basis increased 1.3% in September 2016 compared to a year ago. On a seasonally adjusted month-on-month basis, it rose 3.3% compared to August 2016. Excluding biomedical manufacturing, output grew 0.9%.

EDB figures show that biomedical manufacturing posted the highest growth with over 22%, followed by electronics with nearly 16%. General manufacturing and precision engineering both achieved a more than 5% expansion. Chemicals output was flat while transport engineering registered a 19% decline.

Biomedical manufacturing cluster increased its output 22.2% as pharmaceuticals expanded 26.9% due to higher production of active pharmaceutical ingredients and biological products, and medical technology output rose 9.6% with higher export demand for medical instruments. Cumulatively, biomedical manufacturing output rose 8.2% in the first nine months of the year compared to the same period in 2015.

The electronics cluster’s output increased 15.9% in September 2016 year-on-year, boosted by a 34.8% spurt in semiconductors output. But this was partially offset by declines in the rest of the electronic segments. Year-to-date, output of this cluster expanded 9.8% from the same period a year ago.

General manufacturing industries produced 5.6% more last month as against September 2015. The food, beverages & tobacco segment grew 30.7% while the miscellaneous industries and printing segments contracted 7.7% and 22.3%, respectively. The printing segment declined due to weak demand for commercial printing while the miscellaneous industries segment reported lower output of fiberglass products, wooden furniture & fixtures, and construction related materials. In the first nine months of the year, overall output fell 1.0% compared to the same period in 2015.

Output for precision engineering increased 5.4% year-on-year in the month under review. The machinery & systems segment grew 9.8% on higher output in semiconductor-related equipment, as well as mechanical engineering work. However, precision modules & components contracted 1.2% due to lower output of metal precision components and fabricated metal products. Year-to-date, the cluster saw output decline 1.1% compared to the same period a year ago.

The chemicals cluster’s output remained unchanged in September year-on-year. Petroleum and specialties registered increase in output of 6.8% and 1.2%, respectively, where growth in the specialties segment was supported by higher output in mineral oil additives. On the other hand, output for petrochemicals and other chemicals fell 0.3% and 1.3%, respectively. The petrochemicals segment declined as output was affected by plant maintenance shutdown. Cumulatively, the chemicals cluster fell 2.0% in the first nine months of 2016 compared to the same period a year ago.

The transport engineering cluster’s output contracted 18.9% year-on-year in September 2016. The land transport and aerospace segments rose 9.1% and 0.9%, respectively, with the aerospace segment recording higher engine repair jobs from commercial airlines. However, this was offset by decline in the marine & offshore engineering segment (31.5%) as rig building activities and demand for oilfield & gasfield equipment remained weak amidst the low oil price environment. In the first nine months of the year, this cluster decreased 17.9% compared to the year-ago level.

Romelda Ascutia - March 7, 2021
0
A common digital Covid-19 vaccine certificate for the region is under considerationNo specific timeline yet as to when the certificate will be...
Read more

Romelda Ascutia - March 7, 2021
0
Singapore is ranked as the freest economy in the world by Heritage FoundationHong Kong, which had topped the list for 25 of...
Read more