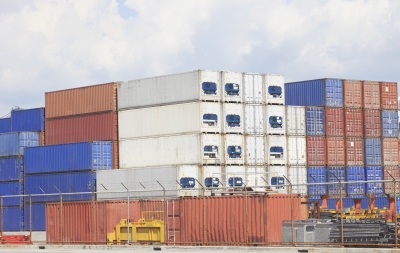 The Department of Finance (DOF) and Bureau of Customs (BOC) have issued the revised draft order for establishing, maintaining, and operating customs facilities and warehouses (CFWs) in the Philippines.

It will cover all types of CFWs listed in the CMTA and those that may be created by the finance secretary upon the recommendation of the customs commissioner pursuant to Section 803 of the CMTA.

The revised draft, to be brought to public consultation on June 22, reflects changes in definitions and wordings. It also includes additional or revised requirements from the previous draft, which was issued and reviewed last April.

The previous and revised draft both state: “When the business of the port and trade requires such facilities, the District Collector, subject to the approval of the Commissioner, shall designate and establish customs facilities and warehouses for the storage of imported goods or for other special purposes.”

All CFWs, including their expansion, extensions, and additional facilities are to be considered as part of customs premises. Thus, they are to be supervised and controlled by the district collector, who will impose the conditions needed to protect government revenue and the goods stored in these CFWs.

Off-dock and off-terminal CFWs will be considered as an extension of the port, under the supervision and control of the district collector.

The previous draft included “other premises used for customs purposes” as a type of CFW. This was placed in a separate provision in the new draft, which states that “for the protection of government revenues and the prevention of entry of contrabands, CFWs shall extend to examination areas, cold storage, wharves, infrastructure and other premises where goods subject to customs clearance may be stored, examined, or disposed.”

Just like the previous draft, the new draft declares that BOC is not liable for any loss or damage to goods stored in any customs facility warehouse, but adds this should not be without prejudice to applicable provisions of the law on loss of or damage to property.

The new draft also asserts that CFWs must designate special areas for the temporary storage of abandoned, overstaying, and forfeited goods for proper accounting and inventory.

It further states that all CFWs granted with an authority to operate must register with the BOC’s Customs Profile Recording System as a warehouse operator.

On appealing a denied application, the new draft still upholds that the customs commissioner shall render a decision on the appeal within 30 working days of receipt of the complete records of the case from the district collector. But it adds that should the commissioner fail to render a decision within the prescribed period, it is deemed an affirmation of the denial by the district collector.

The denied applicant may then appeal to the Secretary of Finance within 15 working days of receiving the letter of denial from the commissioner. In the previous draft, the appeal should be made with the Court of Tax Appeals.

In the previous draft, too, renewal of the authority to operate an off-dock or off-terminal CFW is deemed automatic if there is no violation, subject to certain conditions. In the new draft, the application for renewal should be filed prior to expiration.

In the revised version, the annual supervision fee for the main facility of off-dock or off-terminal CFWs has been reduced to P250,000 from the previous P300,000.

The annual security bond to cover the duties and taxes due for lost or damaged goods stored or transferred to the facilities was reduced to P20 million from P50 million in the previous draft.

The new draft likewise includes other factors as conditions for the additional areas of examination that the terminal operator is responsible for providing.

Also now considered—aside from the disposition of abandoned and forfeited goods, the business and commercial operations, the terminal area, and the volume of import goods being handled for examinations—are safety and security issues, and standards for handling radioactive cargoes.

The new draft also states that the terminal operator must designate a temporary storage facility for abandoned and overstaying goods. The terminal operator should also include a storage area for stripped or segregated cargoes found or suspected to have violated customs, laws, rules, and regulations, pending final disposition.

Another added requirement is for the CFW operator to “be responsible for physical transfer and security of the goods at the designated temporary storage area.”

Similar to the previous draft, the revised version declares that customs control over CFWs premises should be without prejudice to the general powers of the local government units, the Philippine Coast Guard, and law enforcement agencies to exercise their functions.

Operators of terminal facilities with existing contracts granted by the Philippine Ports Authority (PPA) and other port authorities will be authorized to operate as CFW, “provided they comply with the additional requirements and conditions as may be imposed by BOC for the effective exercise of jurisdictional control over ports, airports and terminal facilities.”

The new draft still states that existing contracts of private operators with concerned government agencies and regulatory bodies, such as but not limited to the PPA, Subic Bay Metropolitan Authority, Phividec Industrial Authority, Cebu Port Authority, and their affiliates and subsidiaries, including the powers and privileges already granted by virtue of such contracts, should not be impaired or adversely affected when the district collector exercises its supervisory functions and the CMTA is implemented.

“Only authorized CFW operators shall be allowed to handle and store imported goods that are immediately discharged from arriving aircrafts, vessels or other means of operational transport,” the draft states. – Roumina Pablo