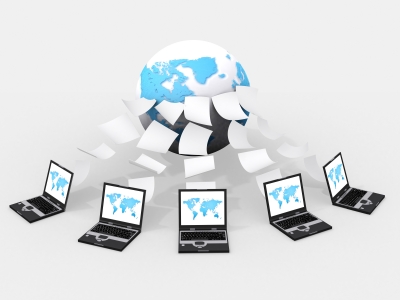 After five years, the Philippines is expected to finally connect to the Association of Southeast Asian Nations (ASEAN) Single Window by December this year, according to Finance Undersecretary Gil S. Beltran.

Beltran said the Department of Finance (DOF) will start internal pilot-testing of the country’s single window system, which is now called TradeNet, before it is connected to the ASEAN Single Window (ASW) and switched to live.

The country’s National Single Window (NSW) project, a requirement to interconnect to the ASW, was launched in 2010. However, the second phase of the NSW project was stalled by a temporary restraining order issued against the bidding out of the undertaking.

Due to this, the Philippines was not able to link up with the ASW in the second quarter of 2016 as targeted. The Bureau of Customs (BOC), which operates the NSW and led the bidding for its Phase 2, earlier said they were no longer waiting for the court’s decision on the case and was looking at another system to implement.

Beltran said TradeNet is now spearheaded by DOF and the Department of Information and Communications Technology.

TradeNet will become the single platform on which traders apply for their accreditation or permits, and on which regulatory agencies receive these online applications and send feedback in real time.

A total of 66 agencies and 10 economic zones will be integrated into the system. Beltran said 14 government agencies, which include trade regulatory bodies of the Department of Agriculture and DOF, have already signed on to the system.

The order of the agencies to be connected will depend on the revenue contribution of the commodities and the number of documents processed every year.

Beltran said that with TradeNet, the issuance of permits for importers and exporters will take only about three days as opposed to the current month-long processing period.

Moving forward, Beltran said the goal is to further reduce the processing time to “two days, until it takes only one hour.”

The ASW is a regional initiative that connects and integrates the NSWs of member states in a move to expedite cargo clearance and promote ASEAN economic integration, mainly by enabling electronic exchange of border documents among ASEAN member states.

The ASW has been operating since March 2016, now with Indonesia, Malaysia, Singapore, Vietnam and Thailand connected and exchanging live data of certificates of origin (COs). The CO is a key trade document that allows goods from the originating country to benefit from reduced duties under the ASEAN Trade in Goods Agreement.

Brunei Darussalam, which like the Philippines expressed its intention to join the ASW in the second quarter of 2016, is currently working with other member states to start the testing phase, aiming to join the live operation by October 2017.

The rest of the member states are fast-tracking their NSWs and connectivity to the ASW platform, expecting to come on board from December 2017 onwards.