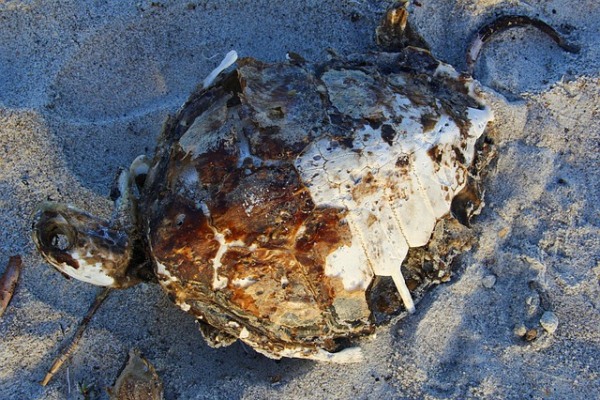 Around 1 million animal and plant species are now threatened with extinction, many within decades, as a direct result of human activity, constituting a direct threat to human well-being, according to a new report.

The landmark report from the Intergovernmental Science-Policy Platform on Biodiversity and Ecosystem Services (IPBES) said ecosystems, species, wild populations, local varieties and breeds of domesticated plants and animals are shrinking, deteriorating or vanishing at a rate never before seen in human history.

“The essential, interconnected web of life on Earth is getting smaller and increasingly frayed,” said the IPBES Global Assessment Report on Biodiversity and Ecosystem Services. “This loss is a direct result of human activity and constitutes a direct threat to human well-being in all regions of the world.”

“The overwhelming evidence of the IPBES Global Assessment, from a wide range of different fields of knowledge, presents an ominous picture,” said IPBES chair, Sir Robert Watson. “The health of ecosystems on which we and all other species depend is deteriorating more rapidly than ever. We are eroding the very foundations of our economies, livelihoods, food security, health and quality of life worldwide.”

The average abundance of native species in most major land-based habitats has fallen by at least 20%, mostly since 1900, said the report. More than 40% of amphibian species, almost 33% of reef-forming corals and more than a third of all marine mammals are threatened. For insect species, a tentative estimate of 10% is being threatened. At least 680 vertebrate species had been driven to extinction since the 16th century and more than 9% of all domesticated breeds of mammals used for food and agriculture had become extinct by 2016, with at least 1,000 more breeds still threatened.

The report identified five direct drivers of change in nature with the largest relative global impacts so far. These culprits are, in descending order: changes in land and sea use; direct exploitation of organisms; climate change; pollution; and invasive alien species.

The report noted that, since 1980, greenhouse gas emissions have doubled, raising average global temperatures by at least 0.7 degrees Celsius—with climate change already impacting nature from the level of ecosystems to that of genetics—impacts expected to increase over the coming decades, in some cases surpassing the impact of land and sea use change and other drivers.

The report also found that global goals for conserving and sustainably using nature and achieving sustainability cannot be met by current trajectories, and goals for 2030 and beyond may only be achieved through transformative changes across economic, social, political and technological factors.

The study also listed the key indirect drivers of change, which include increased population and per capita consumption; technological innovation, which in some cases has lowered and in other cases increased the damage to nature; and issues of governance and accountability.

“A pattern that emerges is one of global interconnectivity and ‘telecoupling’—with resource extraction and production often occurring in one part of the world to satisfy the needs of distant consumers in other regions.”

Other notable findings of the report include:

The report also presented a wide range of illustrative actions for sustainability and pathways for achieving them across and between sectors such as agriculture, forestry, marine systems, freshwater systems, urban areas, energy, finance and many others. It highlights the importance of, among others, adopting integrated management and cross-sectoral approaches that take into account the trade-offs of food and energy production, infrastructure, freshwater and coastal management, and biodiversity conservation.

The summary of the report was approved at the 7th session of the IPBES Plenary meeting held April 29 to May 4 in Paris. IPBES has now released the Summary for Policymakers of the global assessment report. The full six-chapter report will be published later this year.

Established by governments in 2012, IPBES is an independent intergovernmental body comprising more than 130 member governments. It provides policymakers with objective scientific assessments about the state of knowledge regarding the planet’s biodiversity, ecosystems and the contributions they make to people, as well as the tools and methods to protect and sustainably use these vital natural assets.