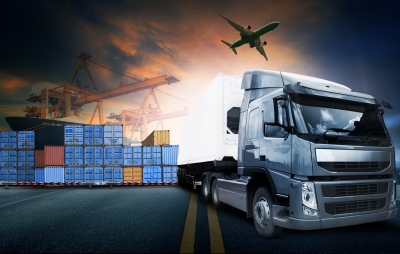 The draft rules on the transit of goods in Philippine customs territories have been issued by the Department of Finance and Bureau of Customs (BOC) for public comment.

The proposed customs administrative order (CAO), the first such order on customs transit if signed, will implement Sections 600, 601 and 602, and other related provisions of Republic Act No. 10863, otherwise known as the Customs Modernization and Tariff Act (CMTA).

Position papers on the draft CAO will be received until August 3, the same day as the public consultation on the proposed order.

The rules cover foreign goods and goods for export moving within customs territory, and the duties and taxes they are liable for should they fail to comply with transit and security conditions imposed to protect the revenue due to government.

Customs transit refers to the customs procedure under which goods, in their original form, are transported under customs control from one customs office to another, or to a free zone.

The draft CAO said BOC will allow goods intended for warehousing at the port of entry, for outright exportation at the point of exit, or for admission into free zones to be transported under customs transit from the office of departure if transit conditions and security requirements of the customs bureau are complied with.

Outright exportation is the customs procedure applied to goods that, being in free circulation, leave the customs territory and are intended to remain permanently outside it.

BOC will not allow the transit of goods for consumption at the port of discharge, except if the transit is made under Republic Act No. 10668, or the Foreign Ships Co-loading Act, subject to conditions and requirements to be prescribed by the customs bureau.

A transfer permit is required for goods transported under customs transit. However, goods in customs transit may be allowed transfer from one means of transport to another if no customs seal or fastening is broken or tampered with.

Goods admitted into a free zone, whether directly or through customs territory, must be covered by the necessary Goods Declaration for Admission or Transit.

Goods transferred from one free zone to another free zone should be covered by the necessary transit permit (or equivalent document allowed by the Freeport authority) and the Goods Declaration for Admission under guidelines to be issued and prescribed jointly by BOC and the free zone authorities.

Carriers that transport imported goods that will be placed under customs transit from a port of entry to other ports must post a general transportation security amounting to at least P50,000.

The draft CAO notes that the security is to ensure the complete and immediate delivery of goods to the customs officer at the port of destination and the payment of pertinent customs charges and expenses and other transfer costs.

The amount of the security may be adjusted by the customs commissioner upon approval of the Secretary of Finance. – Roumina Pablo