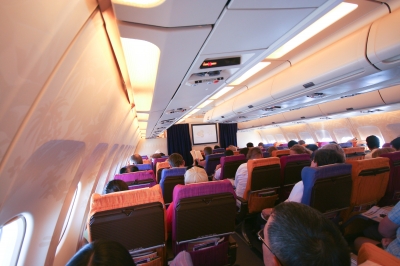 Regulations for on-board courier (OBC) baggage clearance formalities at international airports in the Philippines have been drafted and are now awaiting public feedback.

The Department of Finance and Bureau of Customs (BOC) issued the draft customs administrative order (CAO) that will implement certain provisions of Republic Act No. 10863, otherwise known as the Customs Modernization and Tariff Act (CMTA).

Position papers on the proposed rules will be accepted until May 4, the same day a public hearing is being called.

The draft order will cover clearance of OBC baggage transported through air and entered through an international airport by a registered courier service operator (CSO) on behalf of a consignee or consignor.

A CSO, according to the proposed CAO, is a natural or juridical entity registered with BOC which provides, by itself or with affiliates or subcontractors, speedy transport (as an indirect air carrier) and delivery of express consignments, which are brought to the airport as accompanied baggage by the CSO’s courier, who flies in as a passenger of commercial airlines.

An OBC is a representative of a registered CSO who picks up packages, boards a passenger or chartered jet, and hand-carries the goods to their destination.

The draft CAO states that all importations by an OBC are to be exclusively processed, cleared, and released at the On-Board Courier Clearance Center (OBC-CC).

Until a permanent office for the OBC-CC is created, the OBC-CC will be controlled and supervised by the deputy district collector for passenger services.

The registered CSO should electronically submit to BOC the courier baggage voucher issued by the airline abroad, prior to the arrival of goods, through the office of the deputy collector for passenger services for pre-arrival processing and risk management.

In granting immediate release, goods brought in by the OBC will be divided into four categories.

The first covers correspondence and documents, which pertain to written messages from one person to another, post cards, and personal letters.

The second category encompasses low-value, non-dutiable, and non-taxable goods, which are de minimis goods with free-on-board (FOB) or free-carrier (FCA) value of P10,000 or less.

Falling under the third category are low-value, dutiable, and taxable goods, which are goods that are above the de minimis threshold but below the value specified under Section No. 402 of the CMTA, which is P50,000. Goods that are prohibited or restricted are excluded from this category.

The fourth category is high-value goods with an FOB value of more than P50,000, which will be processed under formal entry. Each shipment should be declared individually through the Customs Cargo Clearance System.

Under the draft CAO, all OBC importations are subject to non-intrusive inspection. When necessary, scanned baggage will undergo physical examination based on the risk management scheme of the bureau.

Courier baggage is set for immediate release, unless it is categorized as prohibited or restricted imports under Philippine laws, or as dangerous goods or hazardous substances such as explosives and other hazardous chemicals under R.A. No. 6969.

Also excluded for immediate release are valuable goods such as jewelry, works of art and the like; animals, fishes and fowls (live or frozen); foodstuff and highly perishable articles; human remains/cadavers; and money (coins, cash, paper money and negotiable instruments equivalent to cash).

The customs bureau must also maintain a database for monitoring receipt and release of parcels or packages. The CSO, for its part, should establish a facility inside an accredited customs facility warehouse for its operations.

The courier also needs to register with BOC’s Account Management Office (AMO) or its equivalent office.

Violations of the CAO committed by any person, officer, or employee will be penalized in accordance with Title XIV of the CMTA and other applicable penal provisions.

BOC will also impose sanctions if the registered CSO fails to comply with its obligations. The first offense will elicit a warning, while the second offense carries a penalty of P100,000. The third offense has a penalty of P200,000, and the fourth offense will lead to revocation of the CSO’s registration. – Roumina Pablo

Image courtesy of nitinut at FreeDigitalPhotos.net