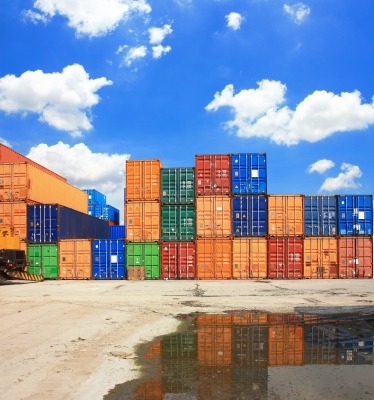 The latest draft order that implements provisions of the Philippine Customs Modernization and Tariff Act (CMTA) regarding disposal of certain cargoes has been released by the Department of Finance (DOF) and Bureau of Customs (BOC).

Under the draft, goods in customs custody set for disposition include abandoned goods; goods entered under warehousing entry but not withdrawn, or those with unpaid duties and taxes within the period prescribed in Section 811 of the CMTA; and goods, other than prohibited, restricted and regulated goods, proven to have been forfeited through administrative or judicial proceedings conducted under the provisions of the CMTA.

Also up for removal are goods subject to a valid lien for customs duties, taxes and other charges collectible by BOC after the payment period has expired; and certified perishable goods that are the subject of seizure proceedings and may be sold at a public auction within five calendar days after a three-day notice pending forfeiture proceedings in certain cases.

“The proceeds of the auction sale of perishable goods shall be held in escrow until the final resolution of the forfeiture proceedings,” the draft order declares.

Goods to be disposed of may be donated to another government agency, or used officially by BOC with approval by the finance secretary, or sold at a public auction within 30 calendar days after a 10-day notice.

Goods that cannot be disposed of may be reexported as government property or sold through a negotiated sale.

Goods that are certified to perish or deteriorate may be sold at a public auction within five calendar days after a three-day notice.

Goods that the district collector believes pose public health hazards will be destroyed or reexported.

Prohibited goods will be destroyed, except those manufactured wholly or partly in gold or silver or any precious metals or alloys, as such goods must be turned over to Bangko Sentral ng Pilipinas.

All goods suitable for use in shelter, foodstuff, clothing, or medicine may be disposed of as directed under Section 1141 of the CMTA.

Restricted goods will be disposed pursuant to Section 1147 of the CMTA, while regulated goods and smuggled goods will be removed in a manner to be determined by the appropriate regulatory agency.

The port concerned will ensure that all offices or divisions of BOC and other concerned government agencies are invited to witness how the goods are disposed of, according to the draft.

Until an electronic system governing accreditation of bidders and contractors is established, the current BOC system will be utilized in implementing the proposed CAO.

DOF and BOC said position papers on the draft CAO will be accepted until February 23, the same day of the proposed order’s public hearing. – Roumina Pablo

Image courtesy of joesive 47 at FreeDigitalPhotos.net