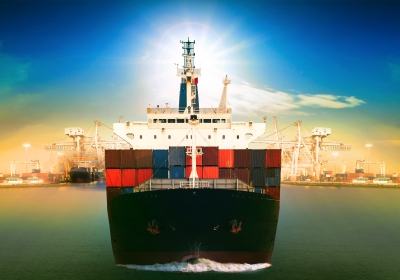 The Philippine Bureau of Customs (BOC) has revised its rules on the issuance and lifting of alert orders in order to fast-track the process and mitigate corruption.

The order was issued following Lapeña’s earlier statement that stakeholders should no longer be afraid of receiving alert orders because processing the alerts will be fast-tracked to facilitate trade and avoid corruption. He had noted that customs stakeholders feared getting alert orders because “it will take an eternity before (order) is lifted.”

The memo was also issued pending issuance of a customs administrative order (CAO) that will implement several sections on alert orders under the Customs Modernization and Tariff Act (CMTA).

Under the CMO, non-intrusive inspection or physical examination of an alerted shipment shall be conducted within 48 hours of receiving the alert order.

“Once commenced, the conduct of examination must be done continuously until the completion thereof,” the order notes.

The district collector shall have the duty and responsibility to subject alerted shipments to non-intrusive inspection or to coordinate with the terminal for the conduct of physical examination, it adds.

The alerting officer must designate two witnesses who shall watch how non-intrusive inspection or physical examination of the alerted shipment is carried out. If, despite due notice, no representative from the alerting office appears, the district collector shall assign another customs officer as witness.

“In all cases, representatives to the conduct of inspection or physical examination must be career personnel,” the order notes.

Within 24 hours of completing the examination, the duly accomplished Alert Order Form must be submitted to the district collector, alerting officer, and Office of the Commissioner.

Alerted shipments found with no discrepancy after inspection or examination “must be released within forty-eight hours from the return of findings from the examiner.”

Lapeña, in a press briefing on October 9, said that if the findings show an irregularity or discrepancy, then the shipment will be held and if warranted, issued a warrant of seizure and detention.

CMO 20-2017 also reminds BOC personnel of Section 6.4 of CMO 35-2015, which states that “any undue delay in the disposition of alert orders shall be a ground for administrative and/or criminal action against the officer or personnel causing the delay pursuant to existing laws, rules and regulations.”

The new customs commissioner earlier said putting a deadline on the processing of alert orders seeks to facilitate the movement of container vans of traders and businessmen who have paid the correct duties and taxes.

He added that delaying the processing is also a venue for corruption, with traders resorting to paying tara(grease money) in order to hasten the release of their shipments. – Roumina Pablo