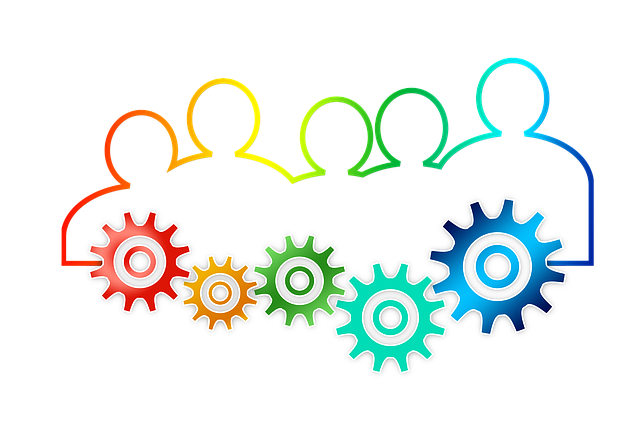 The Philippine Bureau of Customs (BOC) is spearheading the creation of an interagency body composed of government agencies and port stakeholders and users that will address issues hounding the private sector.

The proposal to create an interagency body followed a two-day port users’ summit conducted by BOC that tackled issues affecting stakeholders and that came up with proposed solutions.

Lapeña, in his closing speech during the event on July 13, said the interagency body or committee will be created through a memorandum of agreement (MOA) “to be signed by heads of agencies concerned that will continue what we have started in the two-day summit and ensure that all these solutions will be realized and implemented.”

The customs chief said BOC conducted the summit to become a venue to discuss how port users’ processes and procedures can be improved and how collaboration and cooperation between the customs agency and stakeholders can be strengthened.

In a press briefing afterwards, Lapeña said the interagency body will be composed of concerned government agencies that were identified by stakeholders during the summit. These agencies include the Philippine Ports Authority, Metropolitan Manila Development Authority, Department of Public Works and Highways, Philippine Economic Zone Authority (PEZA), and Department of Trade and Industry (DTI).

Representatives from stakeholder organizations will also be part of the interagency body, he added.

Lapeña said recommended solutions that are under his authority and can be done at his level will be addressed in a few weeks’ time, while those beyond his authority will be discussed during meetings of the proposed interagency body.

For recommended solutions that are beyond the scope of concerned government agencies, the interagency body will submit position papers to Congress for legislative action or to higher authorities of government for executive action.

He noted, however, that recommendations during the summit are not final, and could still be changed during the interagency body’s meetings.

The Customs chief said he will chair the interagency body.

Asked how BOC can ensure that recommendations of stakeholders are acted upon, Lapeña said government agencies in the interagency body will be reminded to act, and will be bound by the MOA.

Asked whether some government agencies might feel imposed upon by BOC, the Customs chief said, “Of course we will not be imposing on them.”

He said the interagency body will serve as an avenue for concerned government agencies to “talk among ourselves, then we can get better results than not talking totally.”

“So you get them onboard and they should be able to talk [about] things that should be resolved among us,” he added.

On TABS, the web-based booking platform for trucks at the Manila International Container Port and Port of Manila, recommendations include extending the early arrival margin to three hours; reiterating the resolution signed by MMDA and other local government units (LGUs) regarding the “gate-out pass”; and improving the TABS system and the visibility of the status of slots.

On the Anti-Overloading Act, a long-lingering issue among truckers, stakeholders proposed, as a short-term solution, to extend once again for six months the moratorium on implementing the maximum allowable gross vehicle weight (MAGVW) for truck codes 12-2 and 12-3 under the implementing rules and regulations of the law.

Also recommended are the mandatory weighing of laden containers prior to exit from the yards; DTI imposing a limit on the maximum weight for loaded containers; not allowing trucks apprehended due to overloading to continue on to their destination; and the Land Transportation Office providing an impounding area for apprehended trucks.

For a long-term solution, stakeholders asked for the amendment of the provision in the Anti-Overloading Law implementing a load of 13,500 kilograms per axle and amendment of the MAGVW so truckers can comply, since the weight of laden containers being shipped to the country is more than the capacity allowed under the law for codes 12-2 and 12-3.

Another proposal is to amend the law’s implementing rules and regulations to increase the MAGVW for code 12-3.

On port congestion, there is a proposal to appoint a multisectoral body to determine whether there really is congestion before port charges can be imposed.

Other recommendations include continuing the aggressive campaign to streamline internal processes of BOC; issuing specific customs memorandum orders to further facilitate x-ray, special permit to load, and other customs processes; shortening the period for issuance of decree of abandonment; increasing port charges for overstaying containers and further shortening to 60 days from 90 days the period to reposition empty containers; and conducting a forum where heads of shipping lines can explain the charges they impose on Philippine importers.

On the return of empty containers, stakeholders propose that shipping lines put up or lease their own depots outside Metro Manila; for PEZA to possibly dedicate space for empty containers in their zones; and BOC to regulate or accredit container depots.

Recommendations on issues with shipping lines, particularly on their destination charges, include posting of surety bond instead of cash for the deposit on the return of empty containers, and for government to regulate the payment of container deposit.

It is also proposed that BOC, pursuant to the Customs Modernization and Tariff Act (CMTA), initiate the implementation of rules and regulations to accredit/regulate international shipping lines.

Under Section 1226 of the CMTA, the finance secretary, through the recommendation of the customs commissioner, “shall issue rules and regulations to govern and regulate the conduct of all third parties dealing directly with the Bureau in relation to the importation, exportation movement, storage, and clearance of goods for and on behalf of another person.” Third parties, as defined in the CMTA, include shipping lines.

As a long-term solution, there is also a proposal for the Maritime Industry Authority or the DTI to regulate international shipping lines, A draft bill titled “An act establishing guidelines for the application of local charges (origin and destination fees) imposed by international shipping lines to comply with existing laws and international standards (INCOTERMS)” has been endorsed to the House of Representatives Committee on Economic Affairs by the Export Development Council and other stakeholders. – Roumina Pablo