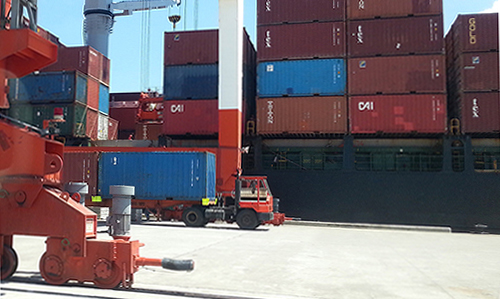 The Philippine Bureau of Customs (BOC) plans to start the pilot implementation of its enhanced goods declaration verification system (EGDVS) on August 1, covering only consumption entries at the ports of Batangas, Clark, and Subic, according to Customs Commissioner Isidro Lapeña.

Initially eyed for June, the pilot run was moved to July and now August 1.

Lapeña, in a press briefing on July 11, said EGDVS is part of the drive to automate BOC’s processes to lessen face-to-face interaction between stakeholders and customs officers.

EGDVS is the second phase of GDVS, which assigns entries randomly to available appraisers and examiners, and allows customs brokers and importers to verify the status of their entries.

GDVS was pilot-tested and implemented at the Manila International Container Terminal and Port of Manila in October 2017 and was formalized under Customs Memorandum Order (CMO) 31-2017 issued in December 2017. Through kiosks at the two ports, customs brokers or their representatives can check the status of their shipments without needing to ask customs personnel.

EGDVS, on the other hand, will allow stakeholders to check the status of their entries not just at kiosks but also online. At a forum with stakeholders last May, BOC’s Management Information System and Technology Group (MISTG), which created the system, said EGDVS likewise allows importers and customs brokers to upload online the scanned copies of their entries.

EGDVS is separate from BOC’s electronic-to-mobile (e2m) system. Stakeholders will still need to lodge their entries in the e2m and then upload the scanned copies of entries to the EGDVS, and submit hard copies to the Formal Entry Division (FED).

MISTG’s Basilisa Absalon during the forum explained that uploading of the scanned copies of entries to EGDVS will become mandatory, as these soft copies will be used by appraisers and examiners to countercheck against lodgement in the e2m and the hard copies submitted to FED. An entry will not be processed unless copies are submitted to e2m, FED, and EGDVS.

To implement the EGDVS, BOC has amended CMO 31-2017, and the new CMO is ready for signing by Lapeña, and should be out before August 1.

Under EGDVS, the import consumption entries are assigned to available examiners and appraisers on a first-in, first-out basis.

MISTG earlier said EGDVS would eradicate the “suki system” and face-to-face transaction between stakeholders and customs appraisers and examiners, in line with Lapeña’s objective to stop corruption in customs.

The system is also seen to level the playing field for stakeholders, who will no longer have to worry about their entries not being assessed or prioritized by appraisers despite being filed ahead of the others. Under EGDVS, appraisers and examiners should follow a timeline to complete an assessment; they cannot work on a new entry if they have not completed the task at hand. If an entry takes too long, its assessment will be transferred to another available appraiser.