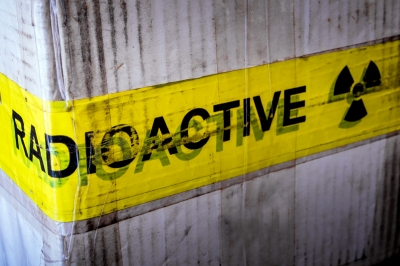 The Philippine Bureau of Customs (BOC) has released procedures for the proper inspection and disposal of radioactive materials.

Customs Memorandum Order (CMO) No. 13-2017, signed by Customs Commissioner Nicanor Faeldon on June 20 and which took effect immediately, further strengthens the “safeguard and security of vessels, cargoes, and port facilities, personnel, and the general public of the hazards of illicitly traded radiological and nuclear materials.”

It aims to “prescribe procedures and measures in the inspection, verification, confirmation, control, handling, custody, disposal and reporting of suspected radiological and nuclear material.”

The objectives of CMO 13-2017 will be achieved by ensuring that equipment provided under the WMD (weapons of mass destruction)-Proliferation Prevention Program (PPP) are properly operated and handled when used to detect, deter, and interdict smuggling of radiological and nuclear materials.

An initiative under the National Coast Watch System (NCWS), PPP strives to prevent the illegal propagation of WMD, their agents, and other related precursor materials.

The CMO also complies with the NCWS, the inter-agency mechanism formed under Executive Order (EO) No. 57, that aims to achieve a coordinated and coherent approach to maritime border security, issues, and safeguards.

Under EO No. 57, BOC is one of the support agencies tasked to provide manpower, equipment, and material support to the NCWS and its operations. BOC early this year issued CMO No. 01-2017 reconstituting members of BOC’s National Coast Watch Council Task Group.

CMO No. 13-2017 applies to all containerized and non-containerized cargo, conveyance, warehouses, and persons under BOC’s jurisdiction.

The Piers and Inspection Division of the BOC collection district concerned is designated as lead operator, handler, and controller of WMD-PPP-provided equipment.

“Only trained personnel are authorized to use, handle, control, and operate the PPE (program-provided equipment),” CMO No. 13-2017 declares.

Designated operators must perform operability tests on any WMD-PPP-provided equipment according to its technical manual before the equipment is used. – Roumina Pablo

Image courtesy of SatakornS at FreeDigitalPhotos.net