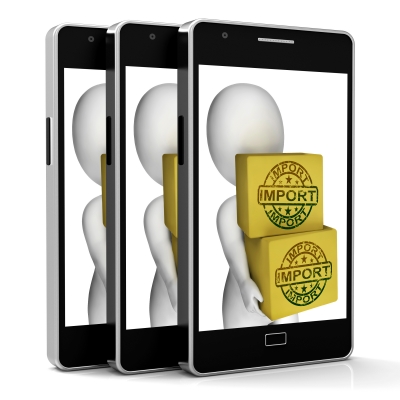 As prescribed under the Customs Modernization and Tariff Act (CMTA), the Philippine Bureau of Customs (BOC) has signed the order implementing conditional tax and duty exemption on importations of returning residents and overseas Filipino workers (OFWs) amounting to not more than P150,000.

As of press time, the CAO has not been published in a national publication so it is not effective yet.

The CAO covers conditionally tax- and/or duty-exempt importations of personal and household effects belonging to returning residents and OFWs, as well as the additional tax and duty exemption privilege of OFWs for home appliances and other durables not exceeding P150,000.

A returning resident is a Filipino national who has stayed abroad for at least six months and is returning to the Philippines, and includes the dependent spouse and children.

Under CAO 06-2016, “household appliances, jewelry, precious stones, and other goods of luxury which were previously exported from the Philippines shall be exempt from duties and taxes when covered by a Certificate of Identification (CI) issued by the District Collector, or a customs officer duly authorized by the former, before departure from the Philippines.”

Once the exported goods are imported into the country, the customs examiner will verify the identity of the goods brought in against information on the CI.

To be exempt from duties, taxes, and other charges, the personal and household effects normally used by the returning residents or OFWs during their stay abroad must accompany them on their return, or arrive not later than 60 calendar days after the owner’s return.

Importations of excisable articles such as distilled spirits, wines, cigars and cigarettes, perfumes, and toilet waters that exceed the allowed quantity to be prescribed by BOC will have to pay duties, taxes, and other charges.

Physical examination or non-intrusive inspection will be conducted based on existing regulations and the established risk management scheme of BOC.

Any amount above the three thresholds is levied corresponding duties and taxes, the CAO noted.

A returning OFW may also apply for additional duty and tax exemption privilege for home appliances and other durables not exceeding P150,000 in value. This benefit can be enjoyed once in a calendar year, subject to several conditions.

Excluded from the privilege are luxury items, unless covered by a pre-departure CI. Also excluded are vehicles, watercraft, aircraft, animals, donations; goods intended for barter, sale, or hire; goods in commercial quantity and regulated goods in excess of the allowed limits; and prohibited and restricted goods.

BOC will issue a customs memorandum order prescribing the detailed procedures for lodging, processing, and clearing conditionally tax- and duty-exempt importation of personal and household effects, home appliances, and other durables of returning residents and OFWs.

CAO 06-2016 repeals or amends previously issued and inconsistent CAOs and memorandum orders, and will review and amend such orders, if necessary, every three years. – Roumina Pablo