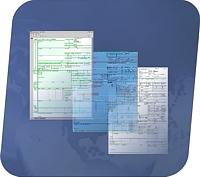 The Philippine Bureau of Customs (BOC) is in discussions to implement by next year ASYCUDA World, the latest version of the Automated System for Customs Data, a system provided by the United Nations Conference on Trade and Development (UNCTAD) to automate customs management, according to Customs Commissioner Nicanor Faeldon.

On the sidelines of BOC’s 2nd Stakeholders Partnership Program on November 24, Faeldon said BOC is no longer “waiting for the decision of the court for the Omniprime” case.

He was referring to the case filed by Omniprime Marketing, Inc. against BOC officials for the latter’s cancellation last year of the bidding for the P650-million Integrated Enhanced Customs Processing System and the National Single Window Phase 2. The program was originally intended to be the linchpin of the BOC’s upgraded automation program.

A Manila Regional Trial Court (RTC) decision later prevented the BOC and the Department of Budget and Management-Procurement Service from cancelling the awarding of the project. But early this year, the Supreme Court issued a temporary restraining order against the RTC order. The SC decision is effective until further orders from the high court.

The court cases have effectively stalled the BOC’s computerization program.

Faeldon said they are no longer waiting for the decision and are instead “putting in place a system that is going to be provided (to) us by the United Nations Conference on Trade and Development.”

The customs chief noted the system will be provided for free as against spending P650 million for an entirely new system.

“We are just coordinating the details on how to put this system in place without expenses for the Philippine government,” Faeldon added. Asked if a BOC fund is needed to implement the project, Faeldon said they are still working on the details but noted that if there is, it would be “very, very cheap.”

It automates handling of all the steps of the clearance process for all types of customs procedures and regimes (cargo control transit monitoring) as well as accounting. Too, it is capable of full risk-assessment and selectivity capability, with new functions such as the integration of images or the use of barcodes.

It provides online access to external databases, has a valuation expert system compliant with WTO General Agreement on Tariffs and Trade-Article 7 and that includes an electronic customs value declaration, and has a non-intrusive inspection system.

ASYCUDA World was the choice of the previous BOC administration since it is cheaper and already used by more than 90 customs administrations around the world.

Former customs deputy commissioner Atty. Agaton Teodoro Uvero had previously said that by opting to use the UNCTAD system, BOC would only spend about P350 million at most for a package that already includes all hardware and software, training of customs officers, and budget for system maintenance.

Once implemented, BOC will also phase out the current NSW since ASYCUDA World can allow government agencies to connect to it, added Uvero.

NSW, on the other hand, is used by government agencies to issue import permits. Uvero said that with ASYCUDA World, stakeholders only need to lodge the data once, as opposed to the current practice of having to lodge the same data for each platform. – Roumina Pablo