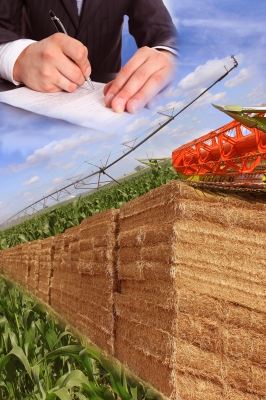 The Philippine Bureau of Customs (BOC) has released the implementing rules and regulations (IRR) of the Anti-Agricultural Smuggling Act of 2016, which takes effect on June 1.

Finance Secretary Carlos Dominguez III and Customs Commissioner Nicanor Faeldon recently signed Customs Administrative Order (CAO) No. 02-2017, which executes the provisions of Republic Act (R.A.) No. 10845, also known as the Anti-Agricultural Smuggling Act of 2016, in relation to pertinent provisions of the Customs Modernization and Tariff Act.

R.A. No. 10845 declares large-scale agricultural smuggling as an act of economic sabotage and levies heftier penalties on violators of this law.

Under the new order, large-scale agricultural smuggling is committed when such produce is imported or brought into the Philippines without the required import permit from regulatory agencies, or when the import permits of persons, whether natural or juridical, other than those specifically named in the permit, are used.

Also regarded as such is the selling, lending, leasing, and assigning to other persons the use of the import permits of corporations, nongovernment organizations, associations, cooperatives, or single proprietorships, as well as the consenting or allowing of such use of these import permits by other persons.

Another form of large-scale agricultural smuggling is misclassification, undervaluation, or misdeclaration by the importer who lodges the goods declaration or files the import entry and revenue declaration with the BOC, in an attempt to evade paying the rightful taxes and duties to the government.

Also considered as such is the transport or storage of agricultural products subject to economic sabotage, regardless of their quantity, or acting as a broker for the violating importer.

CAO No. 02-2017 notes that mere possession of rice or any agricultural product that has been the subject of smuggling, entered into the Philippines other than through BOC-controlled ports or without necessary permits, shall be prima facie evidence of smuggling.

The basis for the valuation of large-scale agricultural smuggling is the fair market value of the shipment as computed by BOC. The customs bureau will determine the aggregate value of the agricultural products and rice imported in multiple shipments by the same consignee when there is an apparent intent to evade the threshold.

BOC will, after due investigation, file appropriate criminal charges against those who committed any of the acts prohibited under CAO No. 02-2017.

Violators face a maximum penalty of life imprisonment, and a fine of twice the fair value of the smuggled agricultural products and the total amount of the taxes, duties, and other charges avoided.

A penalty of imprisonment of not less than 17 years but not more than 20 years, and a fine of twice the fair value of the smuggled product and the aggregate amount of duties, taxes, and other charges avoided will be levied on those who knowingly sell, lend, lease, assign, consent, or allow the unauthorized use of import permits for purposes of smuggling.

Imprisonment of not less than 14 years but not more than 17 years, and a fine equal to the fair value of the smuggled product and the aggregate amount of duties, taxes, and other charges avoided will be imposed on the registered owner, lessee or charterer of a chartered boat, motorized commercial vessel of more than 3 gross tonnage, trucks of six wheels or more, vans, and other means of transportation who knowingly transports agricultural products subject to economic sabotage, regardless of quantity.

Local offenders face perpetual disqualification to engage in importation, while alien offenders are to be deported after serving their sentence.

Government officials involved in smuggling will be slapped with the maximum penalty and face perpetual disqualification from public office, and will be allowed to vote or participate in any public election.

Seized smuggled agricultural products are forfeited in favor of the government.

Meanwhile, CAO No. 02-2017 said, “To the extent practicable, the regulatory agencies and the Bureau shall maintain integrity, authenticity and validity of import permits by timely coordination and information-sharing through full utilization of the National Single Window (NSW) or its equivalent ICT-enabled system.”

To this end, regulatory agencies will furnish BOC with updated copies of the import permits before arrival of the goods, for BOC to verify that these permits were duly issued prior to the release of the goods. – Roumina Pablo

Image courtesy of xedos4 at FreeDigitalPhotos.net