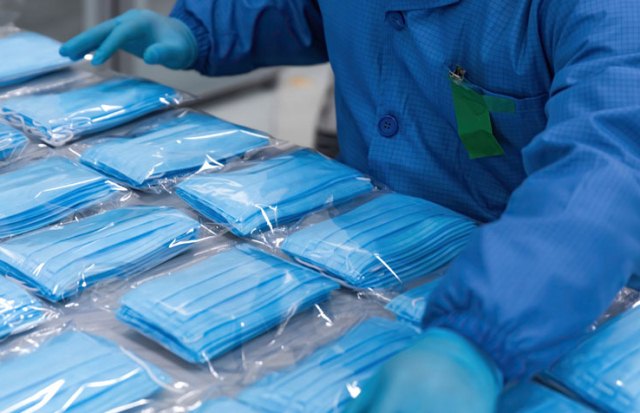 The World Customs Organization (WCO) has expressed alarm over reports of a surge in sales of counterfeit medical goods, particularly online.

Criminals have turned the fight against COVID-19 into an opportunity for fraudulent activity, said WCO in a statement.

“There have been an alarming number of reports quoting seizures of counterfeit critical medical supplies, such as face masks and hand sanitizers in particular,” it said.

It said customs and law enforcement agencies in China, Germany, Indonesia, Uganda, Ukraine, United Kingdom, United States and Vietnam, to name but a few, have reported such seizures in the past three weeks.

Online retailers have also announced a surge in sales of counterfeit goods. A US company reported the removal from its marketplace of a million products claiming to cure or prevent COVID-19. Tens of thousands of listings were removed because of price hiking, particularly for products in high demand such as masks.

In one operation, US Customs and Border Protection seized counterfeit COVID-19 test kits which had arrived at Los Angeles International Airport by mail from the United Kingdom. This seizure led to a joint UK-US investigation that resulted in one arrest and the seizure of 300 more kits and 20 liters of chemicals for the production of such kits.

Given the shortages and the activities of market speculators, export licenses for certain categories of critical medical supplies, such as face masks, gloves and protective gear are now being introduced, noted WCO.

On March 11, 2020 Vietnam adopted a rule introducing export permits for medical masks. The European Union (EU) introduced a temporary export licensing scheme for personal protective equipment as of March 14, 2020. Other countries, such as Brazil, India, Russia, Serbia and Ukraine, have also followed suit.

The EU’s dual-use export control regime will also continue to be applied to more sophisticated items such as full face masks, protective gear, gloves and shoes, specifically designed for dealing with “biological agents.”

The WCO urged its member customs administrations to remain vigilant in these difficult times. It also reminded the general public to exercise extreme caution when purchasing critical medical supplies from unknown sources, particularly online, as the use of these goods may cost lives.