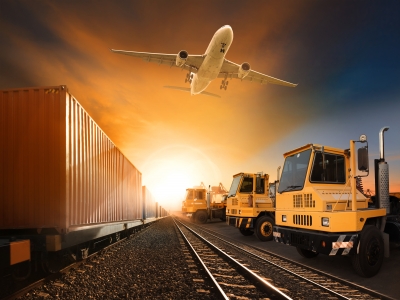 With a major global agreement on making international trade “faster, easier and cheaper” due to take effect in the early weeks of 2017, more than 300 officials from some 70 countries who are charged with making it work gathered for the first time at an UNCTAD-organized forum in Geneva on January 23, 2017.

The Trade Facilitation Agreement (TFA), brokered by the World Trade Organisation (WTO) in 2013, will require almost the entire world to “streamline, standardize and simplify” passage of goods across borders, adding $1 trillion to global trade output and helping end the sixth straight year of sluggish trade growth.

The week-long meeting allowed leaders to share good practices and provide opportunities to access funding for the implementation of the TFA.

A central element of the TFA is the obligatory establishment in each country of a national trade facilitation committee (NTFC) with both public and private sector stakeholders “to facilitate both domestic coordination and implementation of the provisions of this agreement”.

“Supporting NTFCs and partnerships in trade is important during the present trade slow down and the increasing anti-globalization trend globally,” UNCTAD Secretary-General Mukhisa Kituyi said.

“Through well-functioning and sustainable committees, countries will be able to make trade, easier, faster and cheaper. Trade facilitation can play an important role to turn-around the international trade slump and boost their development agenda.”

Dr. Kituyi added: “UNCTAD has for many years supported interagency collaboration and public-private partnership with a view to promoting trade, improving trade compliance and revenue collection as well as promoting good governance. In this context, it is important to align trade facilitation and investment facilitation to work in tandem focusing also on developing infrastructure, technical skills, entrepreneurship, thus leading to building productive capacity, in developing and least developed countries.”

Dr Kituyi outlined the goal of the forum in three points:

“UNCTAD, together with the other development partners, stand ready to continue our close collaboration with developing and least developed countries to successfully implement the TFA and ensure the successful establishment of NTFCs, thereby boosting partnerships both at national, regional and international levels,” Dr Kituyi said.

WTO Director-General Roberto Azevêdo said: “The timing of this meeting could not be better as the WTO’s Trade Facilitation Agreement will be coming into force very soon. This is great news for a number of reasons. First, the TFA is the biggest global trade deal in two decades – and as such it is essential that it is delivered in full. By ratifying the agreement members are showing their commitment to the trading system, and also following through on the promises made when this deal was struck in Bali in 2013. Second, bringing the deal into force means that we can turn its benefits into reality.”

“The Agreement aims to streamline, simplify and standardize customs procedures, thereby reducing the time and cost of moving goods across borders. By doing so, it will help to cut trade costs around the world. The national trade facilitation committees will have a central role in driving these reforms at the domestic level,” Mr. Azevêdo said.

International Trade Centre (ITC) Executive Director Arancha González said that ITC’s work in the area of trade facilitation up to 2016 has been leading up to the moment of implementation in 2017.

“Implementation of the TFA will create concrete change, including the cost and ease of doing business, especially for micro, small and medium-sized enterprises” she said.

“As NTFCs bring together the public and private sectors, they will be the best placed to relay the needs of the business community to ITC and other development agencies, so that we can work together to ensure reforms happen on the ground. Giving businesses a voice on trade issues is at the very core of ITC’s activities. The challenge is to have an ‘inclusive’ participation of business of all sizes, including SMEs as well as to consider the regional aspects of trade facilitation”.

William Gain, Global Program manager, Trade Facilitation and Border Management, World Bank Group (WBG), said: “Trade facilitation is a critical economic driver for all countries and the establishment of a National Trade Facilitation Committee is the critical leadership mechanism for implementation of the TFA leveraging the essential public and private sector.”

“Implementation of the TFA is a “win-win” for all countries, However, the benefits fall disproportionally to developing and least developed countries as their traders typically face significantly higher costs that reduce capacity to compete in regional and international markets.”

“The Trade and Competitiveness Global Practice within the WBG was created to bring together the WBG’s extensive global knowledge and expertise to respond to the practical needs of our client countries.  Working with other parts of the Bank Group we can deploy world class know how from across the globe to analyze problems, identify reform priorities, provide advice and technical assistance as well financing and implementation support for large scale institutional development and infrastructure projects.”

World Customs Organization (WCO) Director Ana Hinojosa said that authorities were central to coordinated border management, and consequently, to the work of NTFCs.

“As one of the earliest adopters of complex information technology and data analysis systems, customs has an unique understanding of how goods move across borders, the various processes, procedures and players involved, and the potential areas for greater efficiencies,” Ms. Hinojosa said.

“As the TFA comes into force, the WCO will continue to strengthen its technical engagement of NTFCs, and looks forward to continue positive collaboration with international, regional and national partners,” she added.