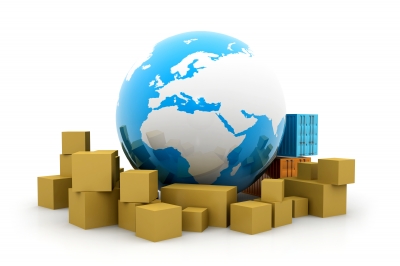 Goods imported into the Philippines with de minimis value of P10,000 and below are no longer subject to duties and taxes based on a new Customs order.

The order is contained in Customs Administrative Order (CAO) No. 02-2016, signed by Customs commissioner Nicanor Faeldon and approved by Finance Secretary Carlos Dominguez dated September 28, 2016, which implements the de minimis provision of the Customs Modernization and Tariff Act (CMTA) or Republic Act No. 10863.

Specifically, CAO 02-2016 implements CMTA’s Section 423, which states that no duties and taxes are to be collected on all importations with a free-on-board or free carrier value of P10,000 and below. This is a whopping 99,900% increase from the previous value of only P10.

The order aims to minimize import costs and customs administration costs of clearing importations with de minimis value, without compromising customs border enforcement patrol; and seeks to adapt to the growing trend toward trade liberalization and facilitation and harmonize the country’s customs laws with different applicable international trade agreements.

It also mandates the Secretary of Finance to adjust the de minimis value to reflect prevailing conditions using the consumer price index every three years following the CMTA effectivity.

De minimis importations, the CAO states, will normally just go through random, non-intrusive examination based on the existing selectivity scheme used by the Bureau of Customs (BOC).

However, a customs examiner may, based on internationally accepted customs administration risk management principles, physically inspect the imported goods.

In addition, de minimis importations brought in by passengers or sent through balikbayan (personal effects of returning overseas Filipino workers) boxes or shipped as postal parcels should also comply with CMTA Section 800, which sets the parameters for conditionally free importations.

Importations of tobacco goods, wines, and spirits within the de minimis value are subject to provisions of the National Internal Revenue Code, as amended, on excise tax.

Excluded from immediate release as de minimis importations are shipments declared as “without commercial value” or “of no commercial value,” or with a specific amount but qualified by the phrase “for customs purposes” or similar wordings.

“Hence, the sender, importer, consignee, freight forwarder, or air express operator must declare the specific value of the goods supported by available invoice, receipt or equivalent document, if any, except for correspondences and documents classified under Category 1 of the WCO (World Customs Organization) Guidelines for the Immediate Release of Consignments by Customs,” the CAO states.

Also excluded are tobacco and liquor products carried by passengers and that exceed the allowable limits but are within the de minimis value; goods subject to requirements or conditions imposed by the concerned regulatory agency, unless for personal use and within the limits allowed by regulations; prohibited and restricted importations; and importations entered conditionally free for warehousing, for transit, and/or admission to free zone.

The new rule stipulates that regulated importations with de minimis value should comply with requirements of concerned regulatory agencies. “However, when the importation consists of regulated products for personal use and in limited quantity as determined by the implementing regulatory agencies, the same may be processed and released by the bureau,” it adds.

CAO 02-2016 will be reviewed every three years and amended or revised, if necessary.

Violation of the order will be penalized in accordance with Title XIV of CMTA and other applicable penal provisions.

CAO 2-2016 will take effect 15 days after publication in the Official Gazette or any newspaper of general circulation. BOC said the CAO will be published this week.

Image courtesy of ddpavumba at FreeDigitalPhotos.net