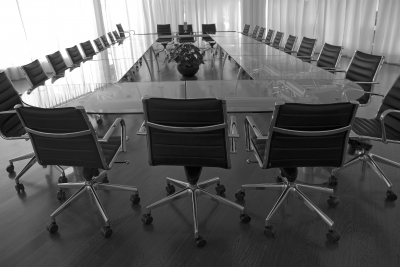 In his first directive as new Philippine Customs commissioner, Isidro Lapeña has abolished the Command Center (ComCen), a special unit created by former customs chief Nicanor Faeldon tasked to act as a governing body that centralized and coordinated operations, especially in the areas of trade facilitation and border control.

“I have signed last August 31, 2017 (a) customs memorandum abolishing the Command Center,” Lapeña said in a speech on September 4 during his first flag ceremony as head of the Bureau of Customs (BOC).

Under CMO No. 14-2017, signed a day after Lapeña formally took office, BOC officials allowed to issue alert orders are the Customs commissioner and his authorized representative, deputy commissioners for Intelligence Group and Enforcement Group, and all district collectors for shipments arriving within their districts and sub-ports.

Lapeña said he is returning the authority to issue alert orders to the cited officials noting, “This is my way of showing my full trust and confidence (in) the officers and men of the bureau. I hope that they will value the confidence I have entrusted to them.”

The CMO said grounds for issuing alert orders under the Customs Modernization and Tariff Act (CMTA) and other pertinent laws, issuances, rules and regulations, shall be strictly observed.

Lawmakers, in previous Congressional hearings, questioned the creation and efficiency of the ComCen after P6.4 billion worth of shabu (methamphetamine hydrochloride) had slipped past BOC.

ComCen was created under Customs Special Order No. 45-2016, signed by Faeldon in September 2016, to serve as a command and control facility, allowing the BOC chief to become aware of everything going on in all the collection districts.

The ComCen was tasked to monitor, coordinate, and supervise different aspects of customs administration so that operational data critical for informed decision-making would be easily available. It was also expected to act as the coordinating facility of the operations group so the group could collect customs duties and taxes properly, enforce tariff and customs laws, and prevent and suppress all forms of customs and economic fraud at all ports of entry.

ComCen was composed of personnel coming mostly from the five BOC groups, as well as the offices of Risk Management, Accounts Management, and X-ray Inspection Project.

Also in September 2016, Faeldon signed CMO No. 23-2016, which revoked the power to issue alert orders given to the deputy commissioners of the Intelligence, Enforcement, Assessment and Operations Coordinating Groups, and all district collectors under CMO No. 35-2015.

Only ComCen was allowed to issue alert orders. Faeldon said this was to prevent the “unnecessary issuance of alert orders and to protect the integrity of the Alert Order System.”

Under the CMTA, which made alert orders mandatory and lawful, only customs officers duly authorized by the customs commissioner may issue alert orders. A clearing house for alert orders must also be created. – Roumina Pablo

Image courtesy of adamr at FreeDigitalPhotos.net