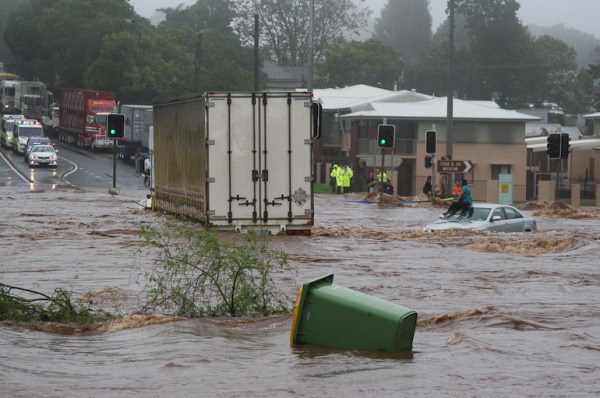 A new United Nations report warns that natural disasters that hit Asia and the Pacific in the past two years were beyond what the region had previously experienced or was able to predict, signaling a new climate reality where economic losses are set to quadruple.

The Asia-Pacific Disaster Report 2019 launched recently by the United Nations Economic and Social Commission for Asia and the Pacific (ESCAP) shows that many of the region’s recent disasters are linked to environmental degradation and climate change, leading to a more complex future of unpredictable multi-hazard risks.

The ESCAP report said that in 2018, almost half of the 281 natural disaster events worldwide occurred in the region, including eight out of the 10 deadliest. An average of 142 million people in the region have been affected annually since 1970, well above the global average of 38 million.

For the region as a whole, the multi-hazard average annual loss (AAL) is US$148,866 million, which represents 54% of global multi-hazard risk. Of this, 34% is contributed by earthquakes, 33% by riverine floods, 32% by tropical cyclones, and 2% by tsunamis. The highest AAL is concentrated in higher-income countries, notably Japan with 40% and China with 18%.

The costliest events are generally earthquakes, particularly in developed areas. Of the region’s total earthquake AAL, 64% is in Japan and 14% in China. Other countries with a significant proportion of the region’s earthquake AAL include Iran, Turkey, Indonesia and the Philippines.

Of the total flood AAL, China represents 28% and India 13%, followed by the Russian Federation at 9% and Australia at 7%. Other countries with a significant proportion of the region’s flood AAL include Japan, Bangladesh, Thailand, Vietnam, Indonesia and the Republic of Korea. The countries with the highest flood risk are Myanmar, Lao People’s Democratic Republic, Cambodia and Bangladesh.

Japan represents 91% of the total tsunami AAL, while Australia and Indonesia both represent 2% each. The highest tsunami risk is in Tonga, Palau and the Philippines.

For the first time, the report includes the costs of slow-onset disasters, notably drought which results in a quadrupling of annual economic losses as compared to previous estimates. The annual economic loss for Asia and the Pacific is now $675 billion, or around 2.4% of the region’s GDP, of which $405 billion or 60% are drought-related agricultural losses, impacting the rural poor disproportionately.

Disasters also caused large-scale economic damage. Between 1970 and 2018, the region lost $1.5 trillion, mostly as a result of floods, storms and droughts, and earthquakes including tsunamis.

“The cost of damage has been rising. This is partly because, as GDP increases, there are more new physical assets at risk. Moreover, disaster impacts have been outpacing the region’s economic growth, rising as a proportion of GDP, from around 0.1 per cent in the 1970s to about 0.3 per cent in recent decades, while in the rest of the world economic losses remained almost stable at 0.1 per cent of GDP,” said the report.

“The trend is clear: disasters as a percentage of GDP cause more damage in Asia and the Pacific than in the rest of the world, and this gap has been widening.”

The report identifies four distinct hot spots in the region where fragile environments are converging with critical socioeconomic vulnerabilities. They include the trans-boundary river basins of South and Southeast Asia; the Pacific Ring of Fire in Southeast Asia and East and Northeast Asia; sand and dust storm corridors in East and Northeast Asia, South and Southwest Asia and Central Asia; and climate-related hazards in the Pacific Small Island Developing States.

The report calls for transformative change, with social policies and disaster resilience no longer treated as separate policy domains.

Similarly, the report explores how emerging technologies such as big data and digital identities can be used to ensure the poorest and most vulnerable groups are included in policy interventions.

The report also points out that many of the region’s disaster hot spots extend across national boundaries and proposes a set of regional policy actions to be implemented through the Asia-Pacific Disaster Resilience Network, supported by ESCAP.