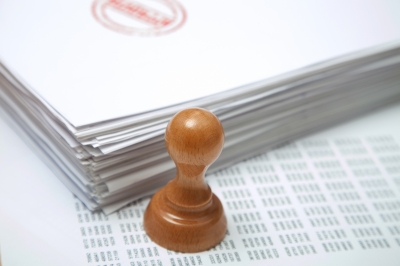 The Philippine Bureau of Customs (BOC) has added more names to the list of importers and customs brokers that are under investigation, have show cause orders, or are prohibited from reactivating their accreditation following government seizure of their shipments.

As of February 3, BOC included six more importers to the 13 listed as of January whose accreditations are scheduled for suspension in February. Also for possible suspension this month are seven customs brokers. These importers and customs brokers have had their shipments seized or forfeited at the Port of Manila (POM) and Manila International Container Port (MICP) and are being probed for supposedly violating custom rules and laws.

BOC also listed 22 more importers who are prohibited from reactivating their expired accreditation due to their unsatisfactory explanation relating to their warrant of seizure and detention (WSD) issuances. The January list for this group had 23 importers and 40 customs brokers.

BOC Public Information and Assistance Division chief Rey Santos, in a text message to PortCalls, said the prohibition stays only until the companies can submit an explanation that satisfies BOC’s Accounts Management Office (AMO), which oversees the accreditation of importers and customs brokers.

The ongoing posting of lists is part of BOC’s drive to delist or suspend erring accredited importers and customs brokers.

READ: PH Customs names importers for suspension from next month

On January 13, BOC announced an initial list of 71 importers—some of them publicly listed companies—and their customs brokers that had their shipments seized at the POM and the MICP, and are currently under investigation for possible violation of customs laws.

AMO has been sending show cause orders to importers and customs brokers whose shipments have been seized due to violations and have been issued WSD.

AMO chief Mary Grace Malabed earlier said the importers were given three days to explain why they should not be delisted. She noted that the deadline for responding to the order was indicated in the email and mail sent out by AMO.

If the companies failed to respond or the investigation showed they had supposedly violated customs rules, a recommendation to suspend their accreditation would be sent to the importer or customs broker, which in turn could still file for a motion for reconsideration with the customs commissioner.

Malabed said Customs Commissioner Nicanor Faeldon has directed that once a WSD is issued, a recommendation for suspension should be issued at once. The customs chief noted that the list only covers those with seized shipments and violations committed since July 2016, when he started working at BOC. – Roumina Pablo

Image courtesy of patrisyu at FreeDigitalPhotos.net