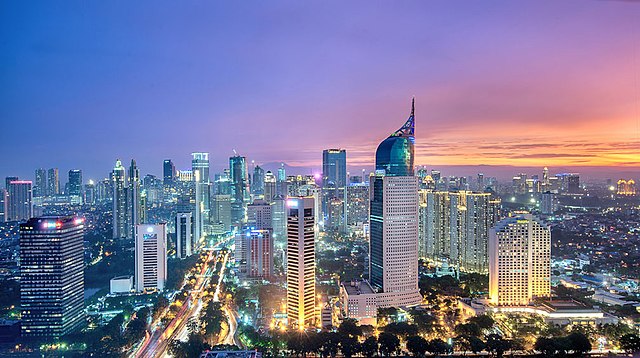 Indonesian police have foiled the biggest distribution of crystal methamphetamine in the country, seizing nearly 300 kilograms (kg) of the illegal drugs after a shootout with the suspects.

Jakarta police chief Nana Sujana said the haul came after the police gunned down three suspects in a shootout on a toll road in the western part of the capital, Jakarta, on January 30, reported Xinhua News.

Local media reported that 288kg of the drug were then found in the truck of the suspects.

“They are the traffickers. We will hunt the drug lord and develop the case to break up the trafficking ring,” he said.

Nana said the drugs were valued at IDR864 billion (US$63 million).

He said the contraband was hidden in 18 white sacks and transported from the Merak seaport in Banten, a province next to Jakarta.

“The national police’s investigators received a tip-off on the arrival of this drug package at Bagan Siapi-Api in Riau Province,” Deputy Director of Law Enforcement on Drug Crimes Krisno Halomoan Siregar had stated.

The crystal meth package was smuggled from Malaysia into Riau via the sea and would have been transported to Jakarta by land. To conceal the drugs, the package was covered with salted fish and coffee, he further said.

And in December 2019, the police seized 210kg of crystal methamphetamine which were being transported from Sumatra Island to Jakarta.

The Indonesian government has declared a war on drugs as the nation faces a drug emergency due to rampant abuse. Dozens of drug offenders have faced the firing squad for trafficking drugs in the country.