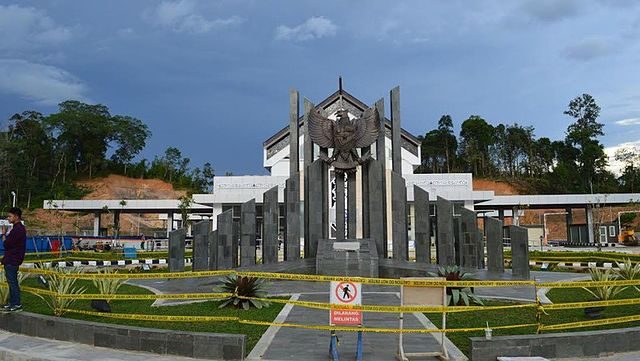 The Indonesian government is building a number of goods terminals along the country’s borders to enhance the flow of exported and imported goods without passing through the seaports.

The Ministry of Transportation’s director general of land transport, Budi Setiyadi, said seven goods terminals will be erected in border areas to facilitate connectivity and the distribution of goods from other countries without going through seaports, reported state-run Antara News.

In Entikong in the West Kalimantan province of Indonesia bordering Malaysia, a goods terminal will be operational in 2019, Budi said.

“The one in Entikong is now ready for operation in 2019. Construction of the other six will begin by the end of this year,” he told local media recently.

Budi said the goods terminals will serve as dry ports for exports and imports so that these would not have to go through seaports.

He added that while the dry ports are to be built by the transportation ministry, their operation would involve various agencies such as police, immigration, and customs.

The ones in Kalimantan should be operational and running by January 2019,  he continued, noting that in other areas such as Papua, construction was being hampered by land clearing issues.

Meanwhile, Kyatmaja Lookman, deputy chairman of the Indonesian Association of Truck Operators, said goods terminals should be able to arrange it so that trucks would have cargoes when returning from the terminals.

“We have problems in our logistics that is ‘empty running black hole’ or returning without cargoes,” he said.

Goods terminals should also be built not only in border areas, but also in every province, he suggested, adding that East Java has 34 districts, and that each one should have a central terminal for consolidating goods.

“Later, consolidation could be made in provinces, and provinces could be interconnected,” he said.