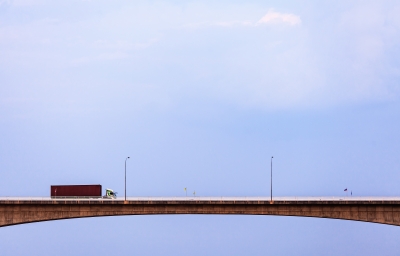 The Customs Convention on the International Transport of Goods under Cover of TIR Carnets (TIR Convention, 1975) is an international transit system under United Nations Economic Commission for Europe.

The convention facilitates seamless movement of goods within and among parties to the Convention.

According to a March release by the Union Cabinet, the Convention will help Indian traders have access to fast, easy, reliable and hassle-free international system for movement of goods by road or multi-modal means across the territories of other contracting parties.

India’s ratification of the international treaty is expected to boost its status as a trade transit hub in Asia and also help counter the impact of China’s OBOR (One Belt, One Road) project on India’s prospects as an emerging power.

As a rule, the vehicle remains sealed throughout the TIR transport and, thus, goods are generally not inspected at border crossings. However, customs authorities remain entitled to perform inspections whenever they suspect irregularities or randomly.

The Convention applies to transports with road vehicles, combination of vehicles as well as containers, and allows for the use of the TIR Carnet for all modes of transport, provided that some portion of the journey is made by road.

In addition to India, TIR Convention has 70 Contracting Parties, including the European Union. It covers the whole of Europe and reaches out to North Africa and the Near and Middle East. More than 33,000 operators are authorized to use the TIR system and around 1.5 million TIR transports are carried out per year.