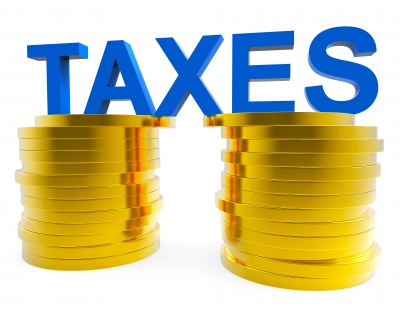 A multilateral convention signed on 7 June 2017 at the Organisation for Economic Co-operation and Development (OECD) in Paris, France will swiftly implement a series of tax treaty measures as a result of negotiations involving more than 100 countries and jurisdictions.

In an important milestone for the international tax agenda, ministers and high-level officials from 76 countries and jurisdictions signed or gave their formal intention to sign the OECD-brokered “Multilateral Convention to Implement Tax Treaty Related Measures to Prevent Base Erosion and Profit Shifting” (BEPS) at a ceremony in Paris.

The convention is the first multilateral treaty of its kind and will transpose the treaty related results from the OECD/G20 BEPS Project into more than 1,100 tax treaties worldwide. The multilateral convention will enable the simultaneous amendment of existing bilateral tax treaties – streamlining a legislative process that would otherwise be extremely cumbersome and time-consuming.

“The signing of the Multilateral Convention represents an important step towards harmonizing the international tax landscape,” said Christian Kaeser, Global Head of Tax at Siemens and Chairman of the ICC Commission on Taxation. “Increasing legal certainty is of paramount importance to the business community and we trust that the deal will provide greater certainty for business over the application of international tax rules by standardising compliance requirements and avoiding double taxation.”

As the world business organization, the International Chamber of Commerce (ICC) has been extensively involved in the OECD BEPS process from its onset, representing the views of major multinational firms and small and medium-sized companies in every world region. At the conclusion of the G20-mandated OECD/BEPS project in October 2015, ICC underscored the need for the rules to be implemented in a coherent and coordinated manner – including in non-OECD countries – to ensure a consistent international tax landscape that promotes inclusive growth.

“From a business perspective, clear and consistent global tax rules are a prerequisite for facilitating trade and investment,” ICC Secretary General John Danilovich said. “ICC applauds the work of the OECD and looks forward to engaging further with policy makers to ensure a robust global tax environment that supports inclusive trade-led growth.”

The multilateral convention will adopt several items from the OECD’s Action Plan on BEPS, including measures against hybrid mismatches (Action 2), treaty abuse (Action 6), the artificial avoidance of PE status (Action 7) and measures aiming at improving dispute resolution (Action 14). ICC recognizes the remarkable effort by the OECD to enable countries to reach a position of consensus and pave the way for consistent implementation of the tax treaty related measures in the BEPS project and reach alignment at a global level.

However, while the agreement makes clear progress in many areas, there is still some work to be done to achieve practical and workable dispute resolution methods. ICC welcomes that 25 countries have signed the optional provision on mandatory binding arbitration and reiterates the need for further countries to adhere to more robust dispute resolution mechanisms with mandatory agreements to mitigate anticipated international tax disputes in the coming years. – ICC