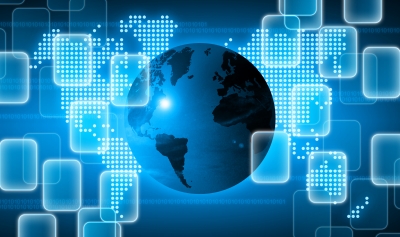 The International Chamber of Commerce (ICC) has expressed concern at the recent European Commission (EC) proposals to adopt new rules for taxing the digital economy within the single market, which would essentially create new tax barriers and ultimately undermine global efforts to establish a consistent international tax landscape.

“Unilateral disparate tax rules will introduce double or multiple standards that not only create compliance challenges for business, but essentially undermine the consistency of the international tax system”, said Christian Kaeser, Chair of the ICC Commission on Taxation and Global Head of Tax at Siemens AG.

Of particular concern are the EU’s proposals to develop a turnover (or equalization) tax, which would not only negate generally-accepted principles of taxing corporate profits (where value is created in excess of costs) but could also have a negative impact on the solvency or investment opportunities for business.

Furthermore, the proposed approach would undoubtedly penalise European start-ups and stifle innovation.  This in turn would have a knock-on effect on jobs and growth. Adopting an equalisation levy would also adversely affect EU competitiveness and risk economic growth in the region. Some other options appointed by EC, such as a withholding tax on digital transactions may also conflict with double-taxation treaties’ general principle under which business profits shall only be taxable in the State where the provider of the service is located.

ICC reiterates that any measures put in place should seek to avoid creating additional tax barriers or the risk of double taxation, which could be the case if EU-only measures are adopted.

The Organisation for Economic Co-operation and Development (OECD) Task Force on the Digital Economy is already set on course to provide an interim report to the G20 in April 2018, setting out possible solutions to taxing the digital economy at international level.  A public consultation process is underway to explore the tax challenges raised by digitalisation and the potential options to address these, the results of which will be instrumental in developing the report.

While the EC acknowledges that the OECD’s report to the G20 could be integrated into the upcoming Commission proposal for binding rules in the EU’s single market, it is likely that the EC would present its own legislative proposals if needed. ICC strongly recommends that any measures being considered by the EC be aligned with the international OECD tax framework to ensure a consistency and coherence that would go a long way to assuring a level international playing field for business.

As European leaders convene at the Tallinn Digital Summit to discuss priority topics for the EC related to the digital economy, the world business organization, representing over 6 million members globally, echoes the view that tax reforms should be both practicable and effective in facilitating greater consistency internationally. – ICC

Image courtesy of twobee at FreeDigitalPhotos.net