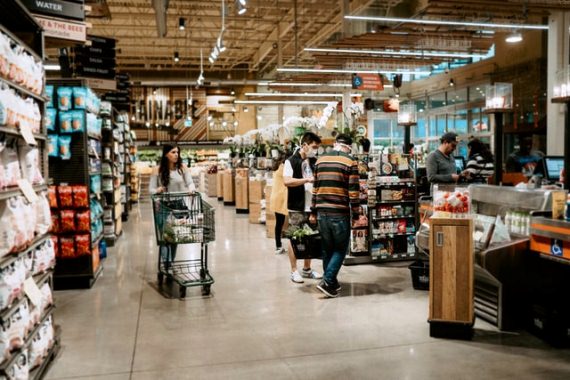 Ocean freight costs have gone up by 13 times compared to two years ago, making the total landed cost of importing goods higher and prompting businesses to increase product prices again and again, according to surveys conducted by Freightos.

Freightos found that already sky-high ocean prices from Asia to the US spiked 70% in late July in line with peak season demand and stayed at about that level through mid-November, reaching a high of over US$20,000 per 40-foot container in mid-September 2021 from over $1,400 in September 2019.

Freightos, a global freight booking platform and part of the Freightos Group, conducted similar surveys in January, June and November 2021 to track how logistics disruptions and rising freight costs were impacting on companies, with the respondents ranging from small businesses to enterprise importers.

Results showed that in January, 77% of respondents answered they had encountered supply chain challenges since the pandemic began and in June, 79% answered the same way. However, in the November survey, nearly all respondents (93%) reported experiencing supply chain difficulties.

In January and June, around 45% of importers reported raising prices on their goods in response to higher freight costs, while in November, 64% of importers said they had increased their prices.

In November’s survey, nearly a third of businesses (31%) who responded that they recently raised prices did so by more than 20%, compared to only a fifth of businesses who reported similar price increases in June.

In addition to these surveys, recent research conducted by Freightos sampled product prices and the increases in ocean freight costs for common items like kitchen goods, bedding, small appliances and large TVs.

The report found that pre-pandemic, ocean shipping costs per unit for smaller items ranged from $0.30 to $0.40, or about half a percent of the sticker price.

But elevated freight rates have pushed costs to $4 to $5 per unit. Even with increased sticker prices, ocean shipping contributions have climbed to 5% of the current inflated price tags.

For bulkier items like large TVs, per-unit freight costs climbed from $3.66 to more than $48 and from 1.2% to more than 8% of the consumer price. This explains why more businesses are raising prices even higher than earlier in the year, the report said.

Not surprisingly small businesses are getting hit harder by these conditions, said Freightos.

“They’re showing less resiliency than larger companies who might have more diversified offerings, better margins to absorb cost shocks, or direct contracts with ocean carriers, all of which greatly reduce the exposure to freight rate spikes.”

Compared to large businesses, small importers were twice as likely (36% vs. 17%) to have reduced their margins to accommodate rising costs. They are also less likely to have benefited from an increase in demand for their products (55% vs. 68%) and are twice as likely to be shipping less volume than before the pandemic (39% vs. 16%), mostly due to rising shipping costs (80%).

About 30% of the importers have tried each of the following methods to mitigate the impact of supply chain disruptions:

For most of those polled (70%), difficulties did not cause a change in sourcing, though about 15% of respondents switched sourcing to an alternate foreign country and 15% moved to domestic suppliers.

Freightos said the surveys showed two clear outcomes. First, businesses are hustling to do the best they can to navigate a less-than-ideal situation. And second, there isn’t one best or quickest fix. “Every company has their unique and valid approach, and at the end of the day every crisis contains opportunity for innovation,” it said.

Photo by Brittani Burns on Unsplash