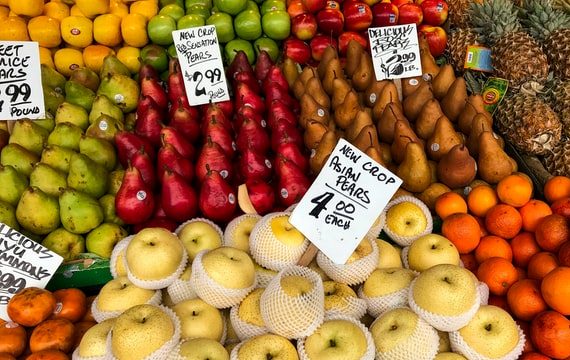 World merchandise trade dropped in volume in the third quarter of 2021 due to strong headwinds, while the value of trade continued to climb as export and import prices rose sharply, according to new World Trade Organization (WTO) data.

However, trade volume was still up 11.9% for the year-to-date through September, slightly worse than the WTO’s October forecast of a 12.7% rise over the same period.

The main reason for the dip in merchandise trade volume in the third quarter was weaker than forecast imports in North America and Europe, translating to reduced exports from those regions and also from Asia.

On the other hand, the value of world merchandise trade as measured by the average of exports and imports was up 24% year-on-year in the third quarter, a weaker growth than the 46% jump in the second quarter but stronger than the 15% increase in the first quarter.

Meanwhile, food prices were up 23% and base metals were up 13% over the previous year. Prices of many manufactured goods have also risen, pushing up measured inflation in many economies.

Changes in merchandise trade values mostly reflect manufactures as this category accounts for the bulk of the total, 71% in 2020. By comparison, agricultural products account for 10%, fuels and mining products make up 13%, and unspecified products represent the remaining 6%.

Trade flows of manufacture goods and agricultural products were up a similar amount in the third quarter, 21% and 18%, respectively, compared to the previous year. Trade in fuels and mining products was up 71% over the same period, boosted by a four-fold rise in natural gas prices.

Some manufactured goods sectors showed strong increases in trade values in the third quarter compared to the same period last year, noted WTO. Iron and steel was up 73%, electronic components 26%, pharmaceuticals 22%, and other chemicals 31%.

Others showed stagnation or decline, including automotive products (0%), telecommunications equipment (5%), clothing (5%) and textiles (-7%). Weakness in automotive products and telecommunications equipment reflects the recent shortage of semiconductors, which closed assembly lines for products that use of these inputs intensively. The category of textiles includes surgical masks, which surged earlier in the pandemic. The higher baseline for these products may explain their decline in the third quarter.

WTO said the emergence of the Omicron variant appears to have tipped the balance of risks towards the downside. Governments are commencing booster vaccinations to protect people against this highly contagious variant of COVID-19, which should blunt the impact of further spikes, both in terms of health and economic activity.

Photo by Rajiv Perera on Unsplash