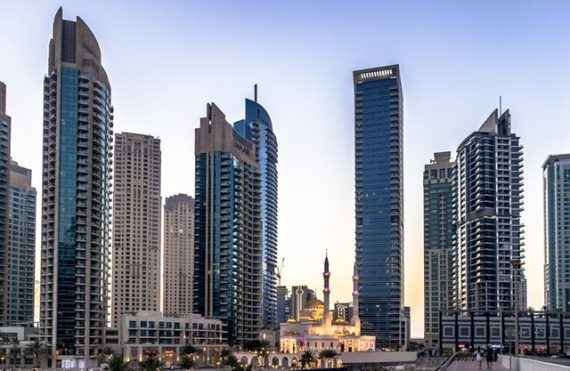 After a strong rebound in the first half of 2021, China’s economy cooled rapidly in the second half and is projected to slow in 2022, according to a new World Bank report.

The financial institution projects China’s real GDP growth to reach 8.0% in 2021 before moderating to 5.1% in 2022. The slowdown reflects less-favorable base effects, diminished support from exports, and the government’s continued deleveraging efforts. Though growth is projected to slow next year, momentum is expected to pick up, aided by a more supportive fiscal stance.

Following a strong initial rebound, GDP growth slowed sharply in the second half of 2021. Output expanded 12.7% year-on-year in the first half of 2021, reflecting a low base and strong investment and export growth. Economic momentum slowed visibly in the second half of last year, with real GDP growth decelerating to 4.9% year-on-year in the third quarter on the back of dissipating base effects, a sharp fiscal consolidation, the resumption of de-risking policies in the financial and real estate sectors, and renewed COVID flare-ups. Nevertheless, output still expanded at 9.8% year-on-year in the first three quarters, thanks to strong initial momentum.

On the supply side, growth in industrial production has moderated, while services sector activity has been mixed. The two-year compound annual growth rate (2Y CAGR) of industrial production slowed to 4.8% in the third quarter from 6.1% in the first half. Meanwhile, output in the services sector increased by 4.8% in 2Y CAGR in the third quarter, similar to its performance in the first half of last year. On the positive side, activity in financial and IT services stayed strong, while recurring travel restrictions weighed on hotel and catering services. Output in the agricultural sector in 2Y CAGR expanded by 5.5% in the third quarter from 4.3% in the first six months of 2021.

Strong growth in exports of goods helped to head off a sharper slowdown in economic momentum in late 2021. China’s goods exports in US dollar value terms expanded by 32.3% year-on-year in the first 10 months of last year despite supply shortages and production disruptions, which had a limited impact on most export-oriented sectors. The strong growth in exports was driven by robust external demand reflecting the solid economic recovery in advanced economies. In particular, demand for mid- and high-tech products remained firm. In recent months, China’s exports also benefitted from an upturn in export prices and the diversion of export orders from the Association of Southeast Asian Nations (ASEAN), which experienced disruptions in production amid a resurgence of COVID-19.

The services trade deficit narrowed, further reflecting muted tourism activity due to stringent travel restrictions. Service exports grew by nearly 40% year-on-year during the first three quarters of 2021. China’s strong merchandise exports drove a rapid increase in transport services exports which became the key driver of services exports last year. In contrast, the export of ICT services moderated slightly in the second half of 2021. Overall, China’s services trade deficit narrowed to 0.6 percent of GDP in the first three quarters of 2021 from 1.1 percent of GDP in the same period last year.

The report said downside risks to China’s economic outlook have increased. Renewed domestic COVID-19 outbreaks, including the new Omicron variant, could lead to larger disruptions in economic activity. A severe and prolonged downturn in the highly leveraged property sector poses another downside risk which could have significant economy-wide impacts.

Three challenges stand out: first, rebalancing from external to domestic demand and from investment and industry-led growth to greater reliance on consumption and services; second, rebalancing from the significant weight placed on state leadership and regulation to a greater role for markets and the private sector; and third, transitioning from a high to a low-carbon economy.

Photo by Nextvoyage from Pexels