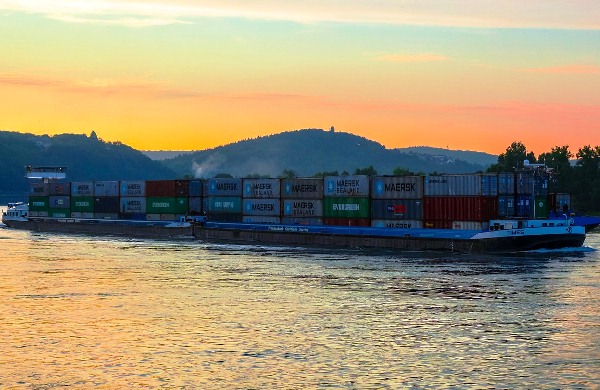 The world remained highly connected in 2018 despite a fall in global connectedness from the record-high level seen in 2017, pulled down by weak capital flows, according to the 2019 update of the DHL Global Connectedness Index (GCI).

“Overall, the world is still more connected than at almost any other point in history, with no signs of a broad reversal of globalization so far,” according to the GCI, released December 4 by DHL and NYU Stern School of Business.

It found that despite escalating trade tensions, trade remained resilient during 2018. However, this strength has not extended into 2019: The proportion of global output traded internationally declined during the first half of the year.

Pearson added: “Ultimately, what we’re seeing today is the evolution of globalization, not its decline. Decision-makers need to be careful to not overreact to strong rhetoric or headlines.”

The report also traced the sharp decline in U.S.-China trading relationship, and examined recent claims that globalization is giving way to regionalization.

“Our analysis does not confirm a robust regionalization trend. Instead, we see that the average distance across which countries trade has held steady since 2012,” explained Steven A. Altman, senior research scholar at the NYU Stern School of Business and lead author of the index.

“While fraying relations between major economies could lead to a fracturing along regional lines, such a shift has not yet conclusively taken place,” he further said.

The GCI update showed that while trade flows continued to intensify through the early stages of the U.S.-China trade war in 2018, this strength did not extend into 2019.

In the first half of this year, the share of global output traded across national borders fell. While trade volume growth is likely to remain positive this year, it is not expected to keep pace with GDP growth.

“Nonetheless, current forecasts suggest that trade intensity is on track for only a modest decline through 2020,” said the report.

Of the four pillars, capital was the only one that declined in 2018.

However, a large part of the recent FDI drop was due to U.S. tax policy changes, which have prompted U.S. multinationals to repatriate earnings held abroad.

“This suggests that fundamentals may be stronger than they appear, with no broad retreat from corporate globalization underway,” noted the report.

The globalization of information flows continues to progress, but may be headed for a possible slowdown. While growth of international communications has typically far outpaced the growth of domestic communications since at least the early 2000s, recent data suggest that both are now growing at more similar rates.

Looking ahead, the 2019 update notes that all four flows are currently running up against powerful headwinds.

Rising barriers and uncertainty about future openness are starting to carry significant costs. At the same time, a survey on globalization perceptions reveals that many people do not realize how limited global connectedness actually is. While the world is more connected than at almost any previous point in history, most business still takes place within rather than across national borders.

“The report highlights how such exaggerated perceptions of globalization can lead to distorted decision-making in business and an underestimation of the significant potential available from further increases in global connectedness,” concluded the report.

Image by Thomas B. from Pixabay