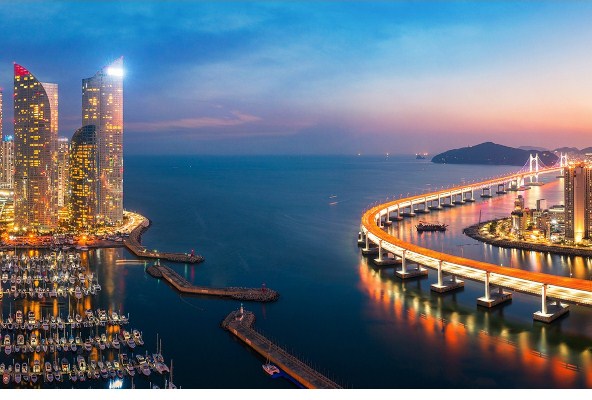 A group of Southeast Asian countries is beating expectations “by the widest margin” when it comes to global connectedness, according to a new report by DHL.

The DHL Global Connectedness Index (GCI) says that despite growing anti-globalization tensions in many countries, connectedness reached an all-time high in 2017. Strong economic growth boosted international flows, while key policy changes such as U.S. tariff increases had not yet been implemented in that period.

Eight of the top 10 most connected countries are located in Europe, helping make it the world’s most connected region, in particular for trade and people flows. North America, the leader in capital and information flows, ranked second among world regions, followed by the Middle East and North Africa in third place.

There are five countries where international flows exceed expectations the most, and four of them are in Southeast Asia, a region where countries tend to have unusually high scores on the trade pillar. These four are Cambodia (ranked no. 49 overall), Malaysia (no. 12), Singapore (no. 2), and Vietnam (no. 39), with the fifth being the African nation Mozambique (no. 116). Southeast Asian countries benefit from linkages with wider Asian supply chain networks as well as ASEAN policy initiatives promoting economic integration.

“This is positive news for the region, because deeper global connectedness can help accelerate countries’ economic growth,” said the report.

The new GCI report assesses globalization-related developments across 169 countries and territories and measures individual rankings for each country, based on the depth (intensity of international flows) and breadth (geographical distribution of flows) of countries’ international connections.

“Even as the world continues to globalize, there is still tremendous untapped potential around the world. The GCI shows that currently, most of the movements and exchanges we’re seeing are domestic rather than international, yet we know that globalization is a decisive factor in growth and prosperity,” said the report.

It further noted: “Surprisingly, even after globalization’s recent gains, the world is still less connected than most people think it is.”

At the global level, the GCI shows, for example, that just about 20% of economic output around the world is exported, roughly 7% of phone call minutes (including calls over the internet) are international, and only 3% of people live outside the countries where they were born.

The report also debunks the belief that distance is becoming irrelevant. Most countries are much more connected to their neighbors than to distant nations.

Additionally, while leaders from large emerging markets have become major supporters of globalization on the world stage, emerging economies’ progress catching up in terms of global connectedness has stalled.

It further found that countries that integrate more deeply into international flows tend to enjoy faster economic growth, and even the top-ranked countries have untapped opportunities to strengthen their global connectedness.

The policy environment for globalization darkened in 2018 as trade conflicts escalated and countries raised barriers to foreign takeovers, immigration, and other flows. However, supporters of open markets fought back with a wave of landmark trade agreements.

“The future of globalization depends on the choices of policymakers around the world. Because global connectedness remains limited, countries have more flexibility than many presume to shape their international flows and influence the distribution of their benefits,” concluded the report.