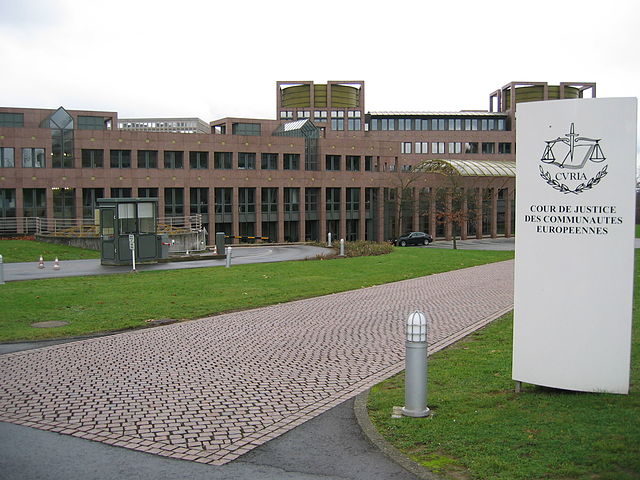 In a closely watched decision, the Court of Justice of the European Union (CJEU) said the EU’s free trade agreement (FTA) with Singapore cannot be concluded by the EU alone and needs the approval of its member states in order to be finalized.

“The free trade agreement with Singapore cannot, in its current form, be concluded by the EU alone,” said the CJEU in a statement released May 16, 2017.

“The provisions of the agreement relating to non-direct foreign investment and those relating to dispute settlement between investors and States do not fall within the exclusive competence of the EU, so that the agreement cannot, as it stands, be concluded without the participation of the Member States,” it further declared.

Experts see the ruling as an obvious step backwards for Singapore, the largest trading partner of the EU from the Association of Southeast Asian Nations (ASEAN), since this would force the deal to undergo a tortuous process of endorsement by national parliaments and regional assemblies on top of approval from the EU.

In reaction to the ruling, Singapore’s Ministry of Trade and Industry (MTI) was quoted by local media as saying that Singapore was committed to working with the European Commission to ratify the EU-Singapore FTA (EUSFTA) and apply its provisions expeditiously.

This is to enable businesses to utilize the parts of the agreement that are under the EU’s exclusive competence, said the ministry.

“Singapore respects the internal processes of the European Union and [looks] forward to the formal entry-into-force of the EUSFTA as soon as all EU Member States have ratified provisions under their competence,” it added.

The agreement is regarded by MTI as a “pathfinder agreement” to an eventual EU-ASEAN free trade pact, and its ratification would “signal the EU’s interest and commitment to engage a dynamic and fast growing region.”

On September 20, 2013, the EU and Singapore initialed the text of a free trade agreement, one of the first “new-generation” bilateral FTAs.

In addition to the classical provisions to reduce customs duties and non-tariff barriers in trade in goods and services, the EUSFTA contains provisions related to trade, such as intellectual property protection, investment, public procurement, competition, and sustainable development.

As envisioned by the commission, the Singapore deal would have only required the green light of the European Council, which groups officials and ministers from the EU’s 28 governments, and the European Parliament.

The CJEU issued the ruling after the commission submitted a request for its opinion on whether the EU has exclusive competence to sign and conclude the EU-Singapore pact on its own.

In its statement, the CJEU stressed that its opinion “relates only to the issue of whether the EU has exclusive competence and not to whether the content of the agreement is compatible with EU law.”

Noting that because some of the provisions fall within competences shared between the EU and the member states, the CJEU said that “it follows that the free trade agreement with Singapore can, as it stands, be concluded only by the EU and the Member States acting together.”

In particular, the court declared that the EU has exclusive competence over parts of the agreement relating to access to the EU and Singapore markets for goods and services (including all transport services), and to the fields of public procurement and of energy generation from sustainable non-fossil sources.

The CJEU added that it has exclusive competence over provisions concerning protection of direct foreign investments of Singapore nationals in the EU (and vice versa); intellectual property rights; combating anti-competitive activity; and laying down a framework for concentrations, monopolies, and subsidies.

The same holds true for provisions concerning sustainable development, and for rules relating to the exchange of information and to obligations governing notification, verification, cooperation, mediation, transparency, and dispute settlement between parties in fields other than non-direct foreign investment.

There are only two aspects of the agreement that the EU is not endowed with exclusive competence—non-direct foreign investment and the regime governing dispute settlement between investors and states, said the court.

The CJEU decision follows a December 2016 opinion issued by the Court’s Advocate-General, Eleanor Sharpston, who also decided that the agreement covered a number of issues that are shared competence between the member states and the EU.