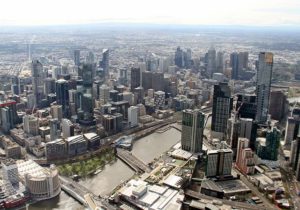 Singapore and Australia have signed an upgraded Singapore-Australia Free Trade Agreement (SAFTA) that will see an increase in the flow of goods, services, and investment between the two countries, according to Singapore’s Ministry of Trade and Industry (MTI).

It was reviewed under the ambit of the Singapore-Australia Comprehensive Strategic Partnership (CSP) agreement adopted by Prime Minister Lee Hsien Loong and Australia’s then-Prime Minister Tony Abbott in June 2015.

“Under the CSP, Singapore and Australia will open a new, dynamic chapter in our bilateral partnership by deepening existing areas of cooperation and catalysing new ones, including in the area of economic cooperation and integration,” said MTI in a statement.

The perks of the deal include updated trade rules in goods, increased opportunities for businesses to bid for government procurement contracts, enhanced access to each other’s services sectors, and greater facilitation for investments.

Other enhancements include improved mobility for business persons, and rules to facilitate trade in the digital economy.

The upgraded SAFTA is expected to enter into force in 2017. Once effective, Singapore and Australian companies will enjoy greater access to each other’s markets across many sectors.

One of these benefits is improved and more flexible rules of origin to make it easier for Singapore exports to Australia to qualify for tariff-free treatment. To enhance trade facilitation, the FTA has also been updated to reflect current customs procedures.

Non-tariff barriers that impede trade in goods, such as wine and distilled spirits, cosmetics, medical devices, and pharmaceutical products, will also be reduced.

Singapore and Australia commit to grant better access to each other’s services markets, such as by recognizing professional qualifications in areas like engineering and accountancy.

They agree as well to improve mobility and length of stay for their business people, including for intra-corporate transferees.

Singapore ranks as Australia’s fifth largest trade and investment partner, and Australia’s largest trading partner among the ASEAN countries. Bilateral trade has grown steadily over the years and reached SGD20 billion in 2015.