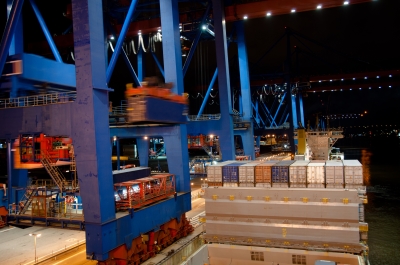 The Association of Southeast Asian Nations (ASEAN) and the European Union (EU) have moved to resume negotiations to form a free trade agreement (FTA) between the two regions.

ASEAN economic ministers and the EU trade commissioner, in a joint statement following the 15th ASEAN Economic Community (AEM)-EU Trade Commissioner Consultations on March 10, said they have discussed the next steps towards resuming the ASEAN-EU FTA negotiations.

“In order to reinforce the momentum, the AEM and the EU Trade Commissioner tasked the Senior Economic Officials to develop a framework encompassing the parameters of a future ASEAN-EU FTA, and to report back to the next AEM-EU Trade Commissioner Consultations,” the statement said.

Negotiations for a region-to-region FTA between ASEAN and EU were launched in 2007 but were put on hold in 2009 to give way to bilateral FTAs negotiations, conceived as building blocks towards a future region-to-region agreement.

To support future negotiations of the ASEAN-EU FTA, ASEAN economic ministers and the EU trade commissioner endorsed the ASEAN-EU Trade and Investment Work Programme for 2017-2018.

The work program also aims to enhance economic cooperation in addressing emerging challenges and capitalizing on opportunities for trade and investment between the two regions.

The 2017-2018 work program follows the ASEAN-EU Trade and Investment Work Programme for 2015-2016. The economic ministers and EU trade commissioner noted that ASEAN and the EU have to date implemented three work programs developed in accordance with the Bandar Seri Begawan Plan of Action to strengthen the ASEAN-EU Enhanced Partnership (2013-2017).

All ministers and the trade commissioner “shared the view that the successful implementation of these Work Programmes has contributed to the elevation of the ASEAN-EU economic relations to a new height.”

Both parties also reaffirmed commitment to “a strong multilateral trading system and to the World Trade Organization (WTO).”

During the consultation, ASEAN economic ministers and the EU trade commissioner exchanged views on the initiative to establish a multilateral investment court that may serve as a single global judicial instance for resolving investment-related disputes and noted that officials would explore the idea.

Both parties also highlighted the importance of e-commerce in development, particularly in providing wider access to micro, small, and medium enterprises to actively participate in global trade.

ASEAN economic ministers likewise expressed their appreciation for the EU’s support of ASEAN through various programs and initiatives under the ASEAN Regional Integration Support, the EU-ASEAN Project on Intellectual Property Rights, the EU-ASEAN Capacity Building Programme for Monitoring Integration Progress and Statistics, and the ASEAN Air Transport Integration Project.

These cooperation programs have strengthened the ASEAN economic integration and the establishment of the AEC with concrete outputs, including the ASEAN Trade Repository, the ASEAN Solutions for Investments, Services and Trade, and the ASEANStats.

The consultations were co-chaired by Ramon Lopez, Philippine secretary of trade and industry, and Cecilia Malmström, EU trade commissioner.

Based on EU statistics, two-way trade stood at EUR208 billion (US$222 billion) in 2016, and the EU remained the largest external source of foreign direct investment flows into ASEAN in 2015 with EUR23.3 billion.