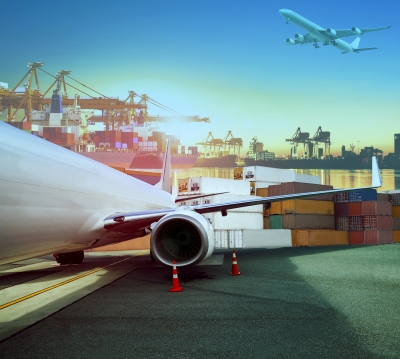 The Philippine Department of Finance (DOF) and Bureau of Customs (BOC) have released a draft customs order that will implement measures relating to the supervision and control of foreign sea vessels and aircraft arriving at and departing from a customs district.

The proposed customs administrative order (CAO) implements certain provisions of Republic Act No. 10863, otherwise known as Customs Modernization and Tariff Act (CMTA), and applies to all foreign vessels and aircraft arriving at and departing from a district under customs jurisdiction.

Stakeholders’ comments or position papers on the draft CAO will be received until March 23, the same day of a public hearing on the regulation.

As stipulated by CMTA, the draft states that BOC will supervise and control the entrance and clearance of sea vessels and aircraft engaged in foreign commerce, as well as all import and export cargoes landed or stored in piers, airports, wharves and customs facilities and warehouses (CFWs).

This is to protect government revenue and prevent the entry of contraband, while pursuing the state’s commitment under the Revised Kyoto Convention to simplify and harmonize customs procedures so as to facilitate movement of goods in international trade.

To effectively implement the proposed CAO, port and airport authorities in all ports of entry must provide customs police officers with unhampered access to all their premises within customs’ administrative jurisdiction.

Moreover, the ship or aircraft should visit designated ports of entry only, unless lawfully allowed to do so. Every vessel or aircraft arriving from a foreign port must dock at the designated port of entry and submit to the authority of the district collector of the port while within its jurisdiction.

If the foreign vessel or aircraft tries to depart before entry has been made without being compelled by bad weather, enemies, or other necessity, the district collector of the port can arrest and bring it back to port, and may call on other agencies for assistance.

Unloading of cargo should start and should continue uninterrupted until the last package or container has been discharged.

However, unloading of cargo from a vessel or aircraft from a foreign port during nonworking hours merits payment of service fees, dues, and charges.

These fees will be collected from airlines, shipping lines, CFWs, customs bonded warehouses (CBWs), importers, exporters, and other stakeholders served by bureau personnel beyond the regular working hours, based on the actual work performed at the rate of exchange prevailing when the service was rendered.

The fees, dues, and charges will be fixed by the customs commissioner with approval by the finance secretary.

For shipping vessels, the authorized agent or representative will notify the district collector in writing by submitting a Notice of Arrival to the Piers and Inspection Division or its equivalent office, of the vessel’s intended arrival and all other particulars at least 24 hours in advance.

A true and complete copy of the cargo manifest should be electronically sent in advance by the shipping company, non-vessel owning common carrier, freight forwarder, cargo consolidator, or their authorized agents within the cut-off period before the carrying vessel arrives at the port of entry.

Cargoes or containers not listed in the IFM but recorded in the stowage plan must be covered by a supplemental manifest to be submitted not later than 48 hours from date of discharge of the last package from the vessel. Cargoes or containers not listed in both the IFM and stowage plan will be considered unmanifested, and thus subject to seizure and forfeiture.

Shipping lines, NVOCCs, freight forwarders, cargo consolidators, or their agents should also still provide two hard copies of the cargo manifest to BOC if the port of entry is either the Port of Manila or the Manila International Container Port, but one copy only in the case of other ports of entry.

For aircraft, an advance notice will not be required if an airline arriving on regular schedule has filed with the district collector of the customs district where the place of first landing area is situated, and also with the quarantine and immigration officers-in-charge of such place.

For non-scheduled arrival of an aircraft, a notice of the intended flight is required to be furnished the district collector or other authorized customs officer within 24 hours of the estimated time of arrival.

A true and complete copy of the cargo manifest must be electronically sent in advance by the airline, air express operator, air freight forwarder, and de-consolidator within the cut-off period before the aircraft arrives at the port of entry.

The cut-off for submitting the e-CCM, meanwhile, is one hour after the aircraft lands if the e-IFM is submitted by cut-off. If the e-IFM is submitted late, the e-CCM will be accepted without penalty if submitted to the customs system not more than 24 hours after the e-IFM is registered by the Office of the Deputy Collector for Operations. This same privilege applies in case the e-IFMs are not validated on time due to factors like system errors or late encoding of date of last discharge.

The supplemental manifest should also be submitted in both hard copies and electronic form within the prescribed period.

The draft likewise outlines the schedule of penalties as provided under Titles XII and XIV of the CMTA.

Until a cargo manifest and vessel and aircraft control system for accepting electronic copies of documents is set up, BOC will be implementing the provisions of the proposed CAO.

The Management Information Systems and Technology Group is tasked to devise an information-enabled system for the distribution, submission, and processing of IFMs and CCMs and for reporting and monitoring of vessels and aircraft. – Roumina Pablo