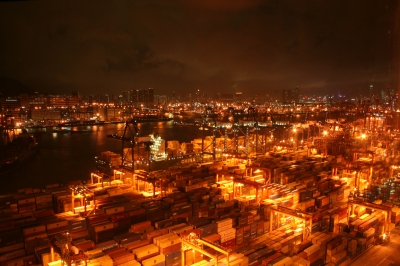 The falling value of world trade in goods and services even as the global economy grew in 2015 gives cause for concern, said a new report from the United Nations Conference on Trade and Development (UNCTAD).

Last year, 2015, was the first time since 2001 that the value of trade has fallen during a period of economic expansion, according to the report entitled “Key Indicators and Trends in International Trade 2016,” which noted that the volume of trade still grew about 1.5%.

“In other words, while many exporters had to cope with lower prices, they saw no decline in export volumes,” the report, released December 22, said. “Although positive growth is consistent with the overall economic trends, there are still reasons to be concerned.”

To start with, the growth of trade volume has been below the overall growth of the world economy, something that has seldom happened in the last few decades and only during economic downturns as in 2001 and 2009, the report said.

”Finally, it is arguable whether the physical growth in international trade can continue in a deflationary economic environment,” the report said. “The concern is that many exporters may not be able to maintain their position in the markets for long when facing reduced financial returns.”

The sharp decline in international trade results from several factors, both nominal and structural.

But deflationary factors can explain only some of the trade collapse in 2015. In fact, falling commodity prices explain only half of the 2015 decline in world trade.

”The sluggish growth of 2012-2014 and the magnitude of the decline in trade of goods and services in 2015 suggest a change in the dynamics behind the international integration process,” the report said.

“Indeed, the most commonly used index to gauge globalization trends—the ratio of the value of world trade over global GDP—indicates a decline in economic interdependence,” it added.

Part of the reason for this is that global value chains are shortening. Many countries, including those in East Asia, are reshoring and consolidating manufacturing production processes.

Image courtesy of nitinut at FreeDigitalPhotos.net