Total goods trade reached 42.07 trillion yuan (US$6.3 trillion, up 7.7% year on year and topping the world for six consecutive years, according to China’s General Administration of Customs (GAC). The figure exceeded 40 trillion yuan for the first time, said the GAC.

In US dollar terms, the trade value increased 4.4% over the previous year to US$6.31 trillion, GAC data showed.

In 2022, China rolled out policies dynamically to bolster growth, including that of foreign trade.

The package of policies and follow-up measures to shore up economic recovery have paid off, unleashing the vitality of trade entities, said Lyu.

Foreign trade by private firms jumped 12.9% to account for 50.9% of the total, crossing the 50% mark for the first time, GAC data showed.

Private companies are flexible and adaptable, Zhuang Rui, a professor at the University of International Business and Economics, was quoted by Xinhua as saying. They have put these advantages to good use to expand markets and upgrade businesses to guard against lukewarm external demand and exchange rate fluctuations, he said.

China’s vast export market and competitive edge in manufacturing also contributed to the trade growth, said Lyu. The country takes up 14.7% of the global export market, leading the world for 14th consecutive year, the data showed.

The country’s imports and exports with ASEAN, the European Union, and the United States account for 15%, 5.6%, and 3.7%, respectively. Trade with Belt and Road countries climbed 19.4% to make up 32.9% of China’s total foreign trade, while trade with other members of the Regional Comprehensive Economic Partnership (RCEP) rose 7.5%.

China’s foreign trade resilience in recent years was due to an ever-improving trade structure, supply chain strengths and targeted policy support, and has contributed to overall growth, analysts have said.

Going into 2023, officials and analysts said China should be watchful of cooling global demand amid recession fears and the yet-to-be-consolidated domestic recovery.

The World Bank on Tuesday downgraded its 2023 global economic growth forecast to 1.7%, the third-weakest pace in nearly three decades. It said the global trade volume will grow 1.6% this year, down 2.7 percentage points from its projections last June.

A December report by the United Nations Conference on Trade and Development estimated global trade in 2022 at a record $32 trillion. But a slowdown since h2 2022 is expected to worsen in 2023 as geopolitical tensions and tight financial conditions persist, UNCTAD cautioned.

“While we acknowledge potential challenges, we should also see that China’s economy is likely to rebound this year, and we should strengthen confidence to further bolster foreign trade,” Lyu was quoted by Xinhua. 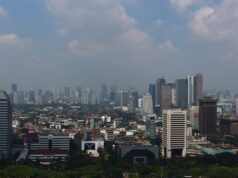