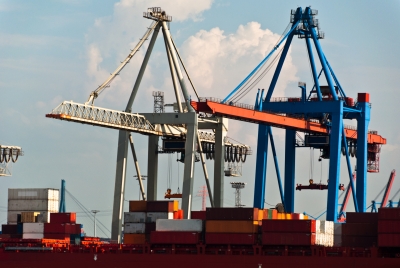 China has put forward a new proposal aimed at strengthening World Trade Organization (WTO) disciplines on transparency and due process in anti-dumping and countervailing proceedings, while the European Union has offered a new initiative on improving the reporting of subsidy programs to the WTO. The two proposals were discussed at a 14 July informal meeting of the WTO’s Negotiating Group on Rules (NGR).

China’s proposal (TN/RL/GEN/190) follows up on an earlier paper that sought much broader strengthening of disciplines on anti-dumping (AD) and countervailing (CV) proceedings; its latest effort focuses on what China described as the “do-able” subjects of transparency and due process where it believes a high degree of convergence already exists.

China said its proposal is based largely on provisions in the consolidated text issued by the then-chair of the rules negotiations in 2011, with adjustments to address concerns about potential additional burdens placed on investigating authorities. Transparency and due process are vital for interested parties on both sides to effectively defend their rights and interests, and for investigating authorities to make fair and impartial determinations, China said.

China emphasized at the 14 July NGR meeting that it was not linking negotiations on AD and CV disciplines with any other issue. China said it hoped this clarification would dispel the misgivings of some members and encourage them to engage further in the discussions.

The European Union’s proposal seeks to address what it described as the dismal record of WTO members in notifying their subsidy programs to the WTO, a fundamental obligation set out under Article 25 of the WTO’s Agreement on Subsidies and Countervailing Measures (SCM Agreement). The EU noted that the share of members meeting this obligation fell from 50% in 1995 to 38% in 2015. The problem was not only missing notifications but also the poor quality of notifications submitted, the EU said.

The EU proposal (TN/RL/GEN/188) sets out three options for improving subsidy reporting: asking the WTO Secretariat to circulate notifications of subsidy programs that have not been notified to the WTO but which other members have made the Secretariat aware of; establishing a “general rebuttable” presumption that would be written into the SCM Agreement under which non-notified subsidies would be presumed to be “actionable” and causing “serious prejudice” to the interests of other WTO members; and establishing a presumption that subsidies are actionable only if another member informs the WTO that the subsidies have not been notified, even after the member granting the subsidy has been called on to do so beforehand.

Reaction to both proposals was mixed. On China’s proposal, members offered different views on whether the 2011 chair’s consolidated text reflects a “certain degree of convergence” among members on AD/CV issues, as China asserted. One member said there was no common basis from which the NRG could constructively engage on trade remedies.

On the EU proposal, while members were generally supportive of the idea of improving subsidy reporting, some expressed reluctance with the idea of establishing a general rebuttable presumption which they said could alter existing rights and obligations of members under the SCM Agreement.

Further background on the WTO rules negotiations and previous news items on the talks are available here. – WTO